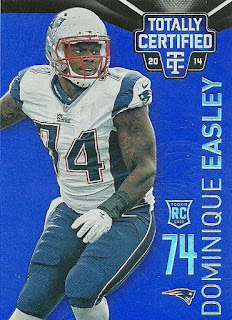 The signed the Dominique Easley to a one-year deal for about $1.8 million. Easley played several positions with the Patriots, who drafted him, and last year backup up All-Pro Aaron Donald as a 3-technique and also played quite a lot in the nickel scheme as an inside rusher.

Rams new defensive coordinator Wade Phillips is installing a one-gap 3-4 defense and there is some question who will man the position opposite to Donald, who will remain a dedicated 3-technique. It is presumed that Michael Brockers will remain a shaded nose tackle, as he was in Gregg Williams's 4-3 scheme of a year ago, and Easley could back up both those players, or even possibly play the defensive end who would play over a tackle. His presumed competition would be Ethan Westbrooks or perhaps even Tyrunn Walker.


Credit: NFL Replay, Fair use claim for education and criticism
Posted by John Turney at 4:20 PM