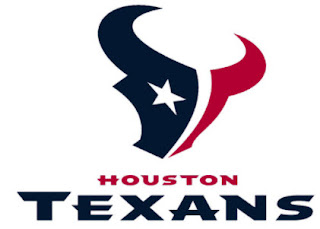 Last year we chose All-Time Career Years for all the NFL franchises. This Fall we will choose a similar squad composed of rookie seasons for each team. We are starting with the Houston Texans: 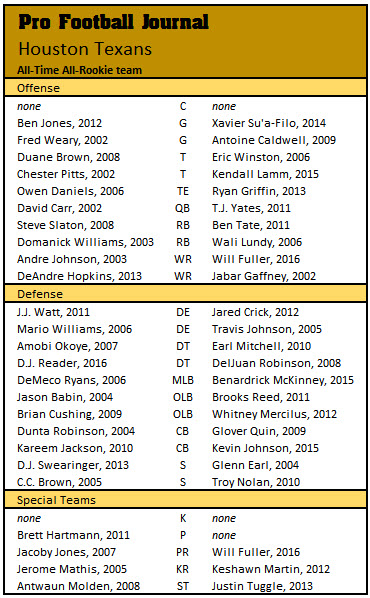 We were not able to find a center that played enough as a rookie to be considered, same with kickers. We could only find one rookie punter as well. Depth is also thin at defensive tackle.

However, there were some very solid players for the Texans, among then Brian Cushing who was a Pro Bowler and a Second-team All-Pro in 2009. He made 133 tackles, four sacks, four picks, 10 passes defenses, two forced fumbles and a safety—all career highs.

Amobi Okoye had a good rookie season with 5.5 sacks and DeMeco Ryans was excellent as well. he totaled 155 tackles and 3.5 sacks and was the AP Defensive Rookie of the Year in 2006.

Agree or disagree? Comment below.
Posted by John Turney at 3:04 PM