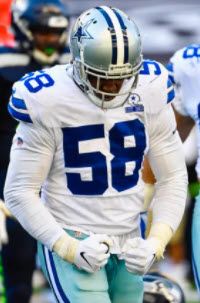 No one knew what to expect from Aldon Smith on the football field when the Cowboys signed him for the 2020 season. He last played in 2014 with the Oakland Raiders.

Smith, now 31, leads the NFL with 4 sacks after three weeks of NFL games and is the clear front-runner for NFL Comeback Player of the Year.

Smith had a long list of legal issues, in fact, here they are per Wikipedia— 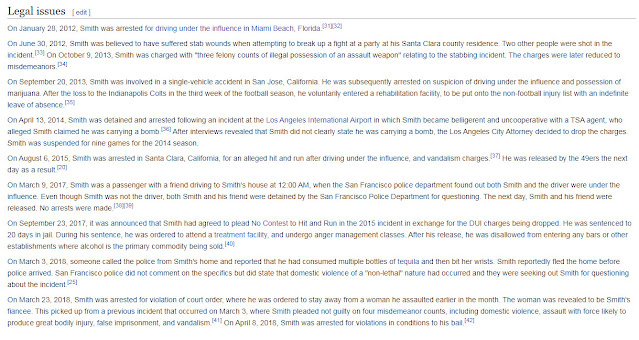 But he is in the clear now and moving on with his life and that is all society and football fans can ask. Certainly, it's very early but he's doing better than most thought he would. and though Dallas is 1-2 they must think they have the right end spot as being very solid with Smith looking like he did in 2012, not 2015.