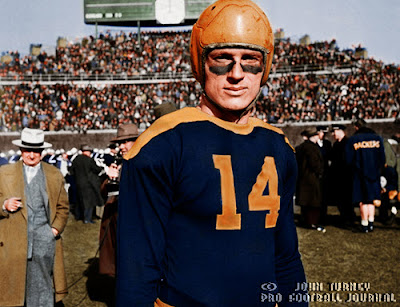 Today, PFJ will take a look at the NFL All-Time Team by the great Don Hutson. In 1948, just three years after retiring from the Packers as a player, Hutson gave the Green Bay Press-Gazette his All-Time Team of players he played against. He included five players from the rival Chicago Bears, and maybe one surprise be naming Giants end Jim Poole.