Since I am not in Texas making a football movie this year, back to my weekly column—Tuesday Tidbits. 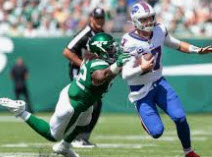 Saddle up folks, 'cause gonna be quite a ride this year. This upcoming Sunday and Monday have a handful of traditional rivals worth mentioning, and one that only us old-timers remember. Buffalo plays NYJ with the Bills leading 62-56. Many memorable names, and games in that series.

Though the Bears lead the Lions by a count of 101-74-5 this years game is intriguing since the loser of this game will have his head coach immediately go on the "hot seat", and the winner will be tied for first place with the winner of the best rivalry in pro football.

You may disagree, yet the facts state emphatically that when Minnesota plays Green Bay the hatred takes on a new meaning. Secondary coach Jerry Gray of the Packers recently coached in Minnesota and has a solid group of youngsters to work with.

The Packers defensive passer rating for 2017 was an abysmal and porous 102, but coach Gray will not look out on the field and see Ha Ha Clinton Dix, Demarious Randall, Davon House, and the hopelessly inept Aaron Jones struggling in coverage. Will any of the above named ever suit up for a team in an NFL game again? 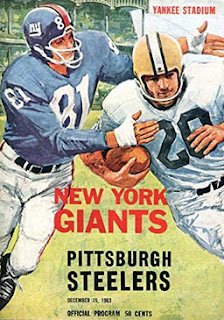 Due to the "blue laws" in Pittsburgh the Pirates in 1933 played their very first game ever on a Wednesday against the New York Football Giants and lost badly 23-2. The only points the Pirates were able to put on the scoreboard came via a blocked punt for a safety by rookie Cap Oehler.

New York dominated the first nine years of the rivalry until Bullet Bill Dudley and his rock-ribbed mates won twice in 1942 thus since then the ledger stands at 28 wins for Pittsburgh and 30 for NYG. From the late '40's through 1964 these two teams played some memorable games and for those of us who value/treasure the strategy and scheme's the teams used made it even better. Is there a game that stands out you ask?

Why sure partner...opening day September 25th, 1949 the Pittsburgh single-wing ground out 223 yards rushing, and the wingbacks, and tailbacks for the Steelers completed 10 passes for 149 yards. Elbie Nickel on "drag routes" across the field going from his right end position repeatedly beat #49 Ray Coates (Landry joins NYG the next season) for big gains. Rookie #54 Jim Finks gets to play tailback late in the game and shows he can pitch that pigskin with accuracy.

Yeah, yeah I know....Finks wore #44 & #7 in his career, except for his very first game. The Giants lined up in their intriguing "A" formation for stout Steve Owen and gained only 105 yards rushing against a quick pursuing Steeler defense led by linebacker Jerry Shipkey. Pittsburgh wins 28-7.

We all know the Giants were a playoff-contending team almost every year from 1950 through 1963, yet the Black & Gold always gave New York all they could handle.

The merger in 1970 ended this rivalry as the Steelers have won six of ten in the last fifty years, but Monday night as I watch these two teams battle will harken back to Tunnell, Butler, Stautner, Conerly, Layne, and Tittle. 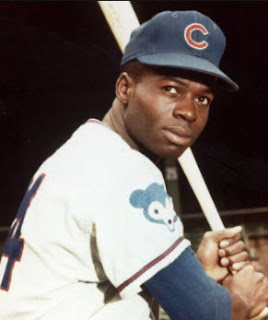 Probably all of you know that the Cubs are my team, and will end my column on a note of sadness with the passing of Lou Brock.

The 1962 Chicago Cubs remain one of the most hapless teams of all-time. Any team that has an Ernie Banks, a young talented duo of Williams & Santo, and rookie of the year Kenny Hubbs should not lose 102 games in an expansion season. Cub pitching; yes readers an oxymoron....there was no Cub pitching in '62. Ernie Banks related years later that he roomed with rookie Lou Brock, and the youngster though very intelligent, and humble was not near as confident in his ability as he should have been. Lou started many games and hit .263, and actually hit a home run into the centerfield bleachers in the Polo Grounds(very few every accomplished this).

Brock was not a polished outfielder, but no one attempted to teach him how to play since the front office decided to use a "college of coaches". This was pure stupidity and youngsters like Brock that needed patience and guidance received none. Lou again started games in '63 for Bob Kennedy and hit .258, but in June of '64 the Cubs actually over .500 viewed themselves as contenders(pure folly), and needed a veteran starting pitcher. Every organization has made excellent trades, and head-scratching trades that are viewed as desperate and stupid.....Brock for Ernie Broglio. Can you name a worse trade in baseball history?

Lou Brock hit .348 as a Cardinal the rest of '64, and played with class and dignity. Did I mention that he became one helluva hitter, and drove pitchers to distraction when he was on base. Who steals 118 bases at the age of 35? Only one man. Was so very fortunate to see Lou play as both a Cub and a Cardinal, and though there were many who thought he would never develop as a player in those 2 1/2 years as a Cub...just knew he would. RIP Lou.