The Dallas Cowboys have one of the NFL's iconic uniforms, especially the home version, which is white. It has been essentially the same since 1964. There was a change in the sleeve stripes in 1967 when the number of stripes was reduced from three to two.

However, one change that was not in keeping with the tradition was done prior to Jerry Jones's ownership of the club. It was in 1982 that the serifs, the small lines or marks at the end of letters or numbers, were removed. See below: 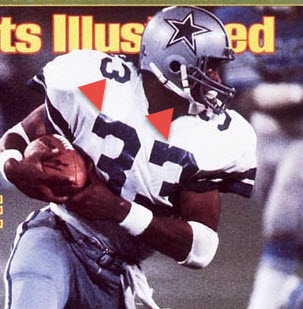 The post-1981 numerals were also thinner in addition to being sans serif. See below:

Later, in 1986, the numbers were made much thicker and they were the ones many became familiar with during the 1990s. See below:


Those same sizes remain today, though now the numerals are sewn-on tackle twill, whereas in the 1990s they were iron-on plastic. See below:


Here are some examples of the serif numbers from the 1960s and 1970s, it is our view that they looked great because they were unique and distinct in the NFL gallery of jerseys. See below: 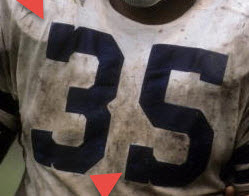 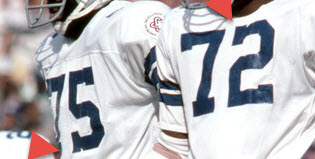 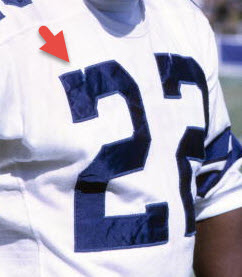 We certainly realize that Mr. Jones rightly more concerned about returning to the Super Bowl that a relatively minor issue of uniforms, but it is our sincere hope that Mr. Jones hears our humble, yet clarion call and seriously consider going back to the serif numbers in the navy, tackle twill fabric.

After all, doesn't this just look awesome? And besides, we are not asking that Jason Garrett  a fedora, after all.