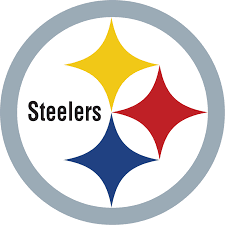 At Pro Football Journal we are trying to pick the best individual seasons in the history of each franchise, which we will continue today with the Steelers. By "Career-year" we mean the best performances at each position, with the following rule: Only one season per player per position. For example, here, we cannot pick Joe Greene’s best two seasons and use all DT slots. 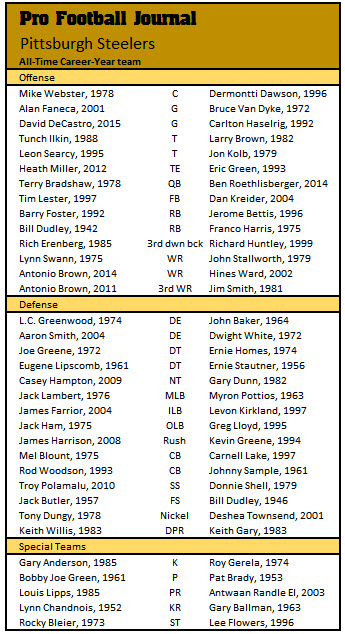 The Steelers have been blessed with the deepest set of  in football. The First-team Mike Webster, 1978, and the Second- is Dermontti Dawson, 1996. 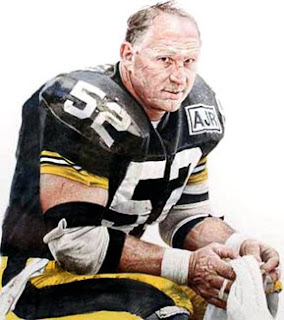 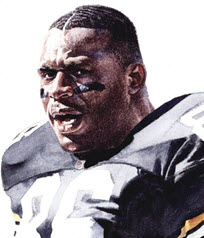 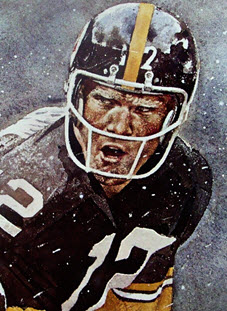 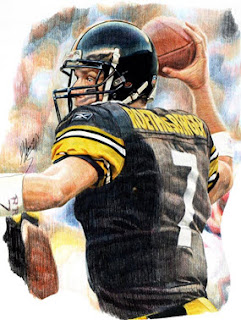 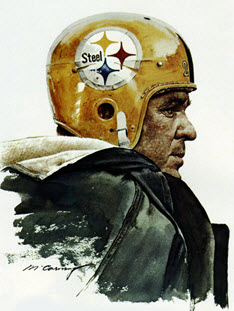 The modern type fullbacks are Tim Lester, 1997,  Dan Kreider, 2004, honorable mentions  Jon Witman, 2001 and Will Johnson, 2014. The top three made Bettis's job easier and Johnson was the lead man for Le'Veon Bell. 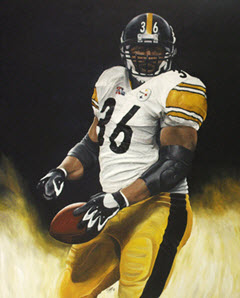 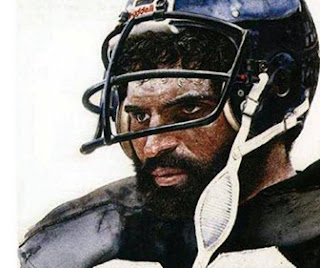 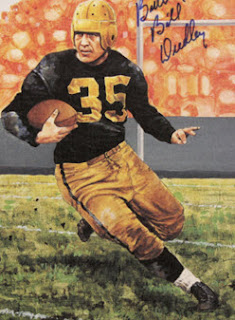 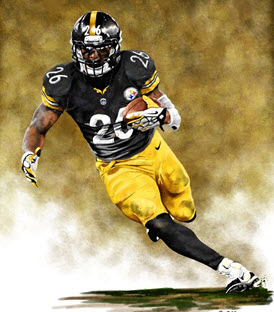 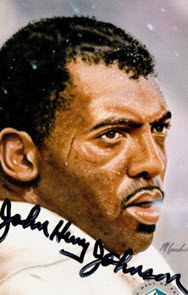 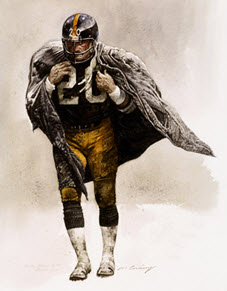 Lynn Swann, 1975, and Antonio Brown, 2014, are the top receiver seasons. Swann's numbers don't compare to recent receivers, but to those who saw him and had to cover him, he was usually to that came up when asked who the best receiver was in the NFL. Even by current standards Antonio Brown is putting up ridiculous numbers. 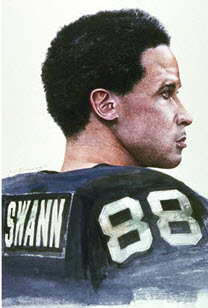 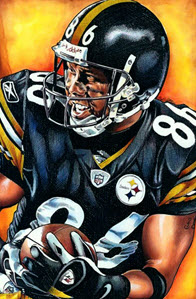 John Stallworth, 1979, Hines Ward, 2002, are the Second-team picks. They were clutch players who put up good numbers and also did little things that made their season stand out.

Gary Anderson, 1985, is top kicking season, the next best is Roy Gerela, 1974. The are Shaun Suisham 2013, Mike Clark, 1966, Lou Michaels, 1962 and Jeff Reed, 2008. The Steelers are one of the only teams where the recent kickers have it pretty tough in that Heinz Field is not a good venue for the kicking game. 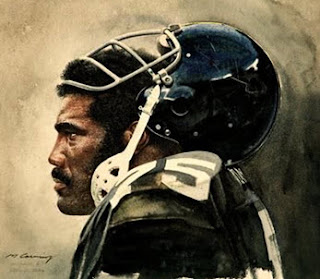 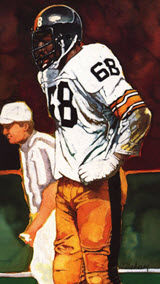 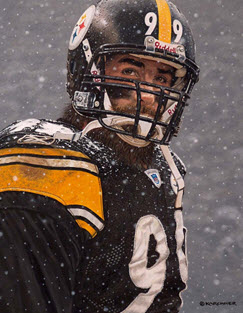 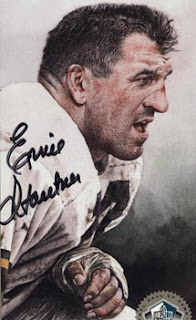 Lipscomb had 17 sacks in 1961 and was an All-Pro as well. He changed his game when he went to the Steelers, in Baltimore he was a more of a sideline to sideline defensive tackle, and in that, on occasion, was a linebacker in a 2-point stance in a quasi-3-4 defense. With the Steelers he got up the field and was in the backfield all the time and his sack totals reflected it. 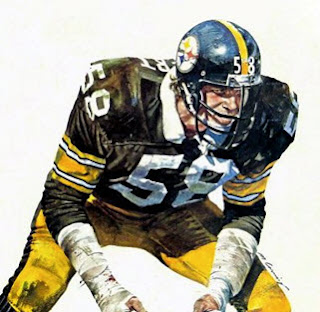 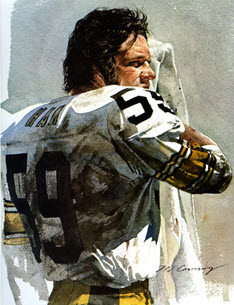 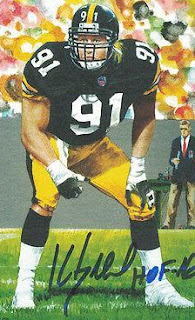 Jack Lambert, 1976 is his top year, though many others were very close. In 1976 he was  consensus Defensive Player of the Year and consensus All-Pro and had 159 tackles (7.5 were ), 3½ sacks, 2 interceptions, 3 forced fumbles, 7 defensive fumbles recovered and 5 batted passes. His next-best seasons were likely 1979 and 1981.

Jack Ham, 1975, like Greene and Lambert, could have several years listed. We chose 1975 but 1974, 1972, 1973 and others would fit. Pro Football Weekly named him their NFL Defensive Player of the year in a narrow choice over Jack Youngblood and Mel Blount, so by that margin we picked 1975. He had 88 tackles, 3 sacks, and two picks.

James Harrison, 2008, is the top  a key position in the Steelers defenses which have been essentially a 3-4 since 1982. He was also an NFL Defensive Player of the Year, a consensus All_pro, had 101 tackles and 16 sacks.

Greg Lloyd, 1995, is the backup to Ham and Kevin Greene, 1994, is the backup to Harrison. Lloyd had a few seasons that qualified, but we are going with 1995. He had 116 tackles, 6.5 sacks and 3 interceptions and 7 forced fumbles and in the dime defense he was the lone 'backer. Greene was All-Pro and led the NFL in sacks with 14 and had 69 tackles and was a consensus All-Pro.. 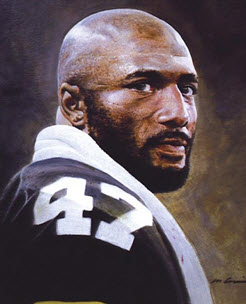 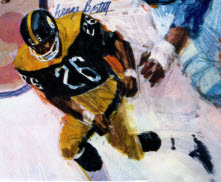 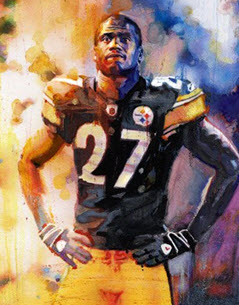 Mel Blount, 1975, and Rod Woodson, 1993, both Defensive Players of the Year are the corners. Blount led the NFL with 11 interceptions to go along with his 43 tackles and Woodson had 8 picks and 2 sacks and 95 tackles.

Carnell Lake, 1997, is a Second-, though it is a bit of what Paul Zimmerman would call a "cop out" since he played both corner and safety in 1997. However, he an equal amount of games at and in sub defenses (nickel and dime) he was a coverage man, not the deep safety, so in snaps, we are confident he played more corner and in those was in a position to blitz and he led the Steelers in sacks with 6  to go with his 60 tackles. Johnny Sample, 1961, is the other Second-team corner. He was All-Pro and picked off 8 passes, returning one for a score. 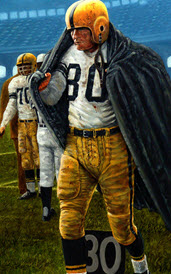 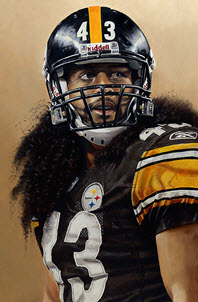 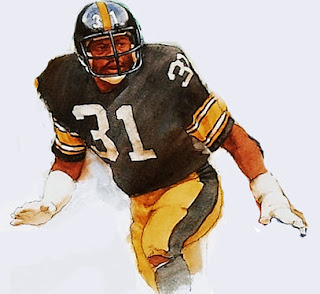 Polamalu was the AP Defensive of the Year and had 63 tackles and 7 interceptions, one being a pick 6. is still the highest graded strong safety, on a consistent basis, by Proscout, Inc. He was a complete safety and was smart, had good ball skills (top intercepting strong safety with 52 picks, could hit, had good position on receivers and could play middle of the field safety and half-field (Cover-2) with excellent. In 1979 Shell had 80 tackles, picked off 5 passes, had 3½ sacks and was All-Pro. He had several seasons, which he was just as good.

In 1993 Carnell Lake had 91 tackles, 5 sacks and 4 interceptions though he did not get any post-season honors that season. Wagner was a classic worker-type, and his allowed the Steelers to use more Cover-2 than most teams in the NFL at the time due to his range. He led the NFL in picks in 1973 with eight.

Jack Butler, 1957, is the top free/right safety. Butler led the NFL in interceptions and was a consensus All-Pro. Bill Dudley, 1946, was a single safety in a three-man secondary and was amazing. He was the NFL MVP, picked off a league-leading 10 passes returned them for a league-leading 242 yards and returned one for a touchdown to share the league lead in that.  We picked Butler over Dudley due to his overall abilities in coverage and instincts.

Agree or disagree? Leave comments below.
Posted by John Turney at 10:04 PM