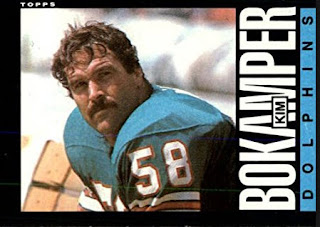 Much has been written about the Zone blitz or "fire zone" defensive scheme/call that swept through the NFL in the late1980s to the early 1990s. Rather than go through the evolution that predates Dick LeBeau's popularization of it or the details of it which has been covered in detail we want to focus on the origins of it which trace to Bill Arnsparger.

In his book Arnsparger's Coaching Defensive Football, Armsbarger details how he used a converted linebacker Kim Bokamper to run a call called "Zone to Bo":

It was from these beginning that the Zone Blitz got it's start: 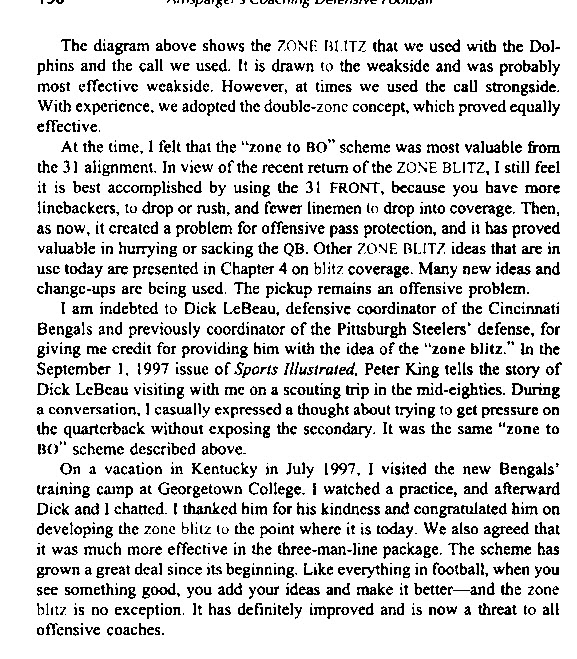 Here is an example of "Zone to Bo". In this clip watch the right defensive end, Bokamper. This is a 40 dollar scheme (7 defensive backs), not the preferred 3-2-nickel that Arnsbarger said he preferred but you can see Bokamper rush, then drop as a defensive back replaces him in the rush. 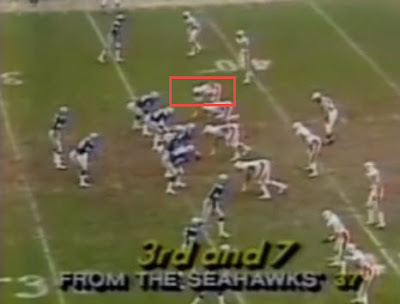 In this next clip, in the same game, the Seahawks run a similar call with Jeff Bryant rushing, then dropping into the middle zone. Bryant was 6-5, 270 pounds. Tom Catlin was the Seattle defensive coordinator and perhaps he was showing he can do the same things as Miami. 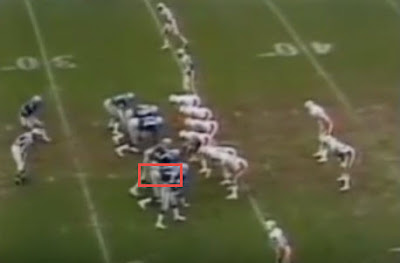 Catlin, LeBeau and others took the scheme to new levels, but at least we know the origins of it right?

Or maybe not. Arnsbarger is not around to ask but if he were, we'd ask about when he began the concept of a defensive lineman rushing the passer then dropping to cover, either man or zone.

Here, right defensive end Ordell Braase rushes on Rams left tackle Joe Carollo, but halts his rush as outside linebacker Don Shinnick rushes inside of him (called "Ox" in George Allen's terminology, we don't know Arnsbarger's verbiage) and after he halts he drops, either to cover Dick Bass (man-to-man) or goes to the middle zone to cover whoever is there (in this case it is Bass).

We don't know if it's a zone blitz or a blitz (actually a 'dog' since it involves a linebacker) that gives the right defensive end man coverage. But, the defensive coordinator for the 1964 Colts was Bill Arnsbarger and it looks very mich like the "Zone to Bo". We'd need to do more film study to be sure, but it is on our list of things we want to find out.

here are some stills and then the clip, which results in Joe Carollo blocking no one and Gino Marchetti getting a sack: 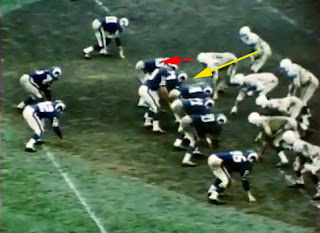 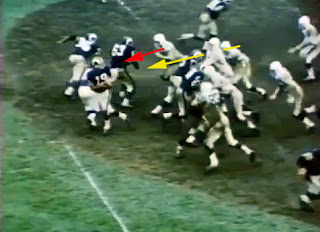 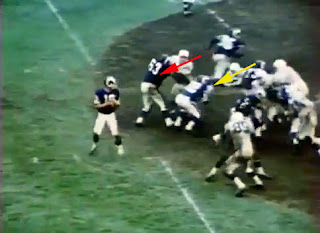 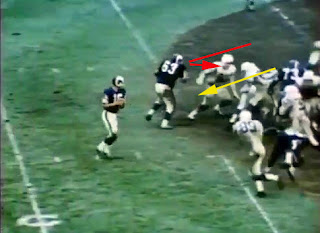 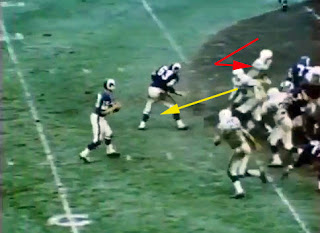 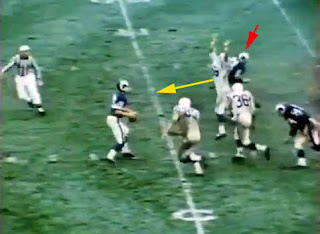 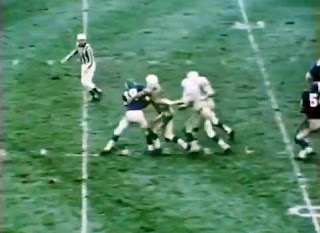 Here is the clip:

So, you decide, was Arnsparger's scheme Zone to Bo? Or Zone to Ordell? And where did HE get the idea?
Posted by John Turney at 1:17 PM