A Couple of Simple Elements to Great Vintage Uniforms

Back in the "golden age" of NFL uniforms, what I think is around the early 1960s (when helmet logos became common and uniform manufacturers began to offer more varied stripes on sleeves and pants) though maybe the early 2000s,  (pre some uniform fiascos of recent years) there were a few things that we thought made uniform stand out. 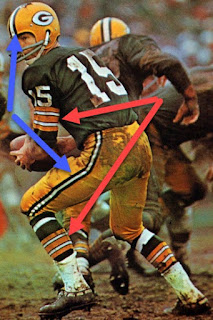 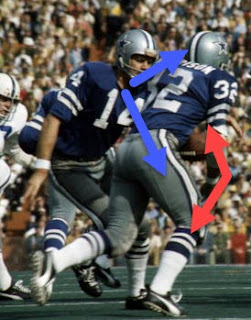 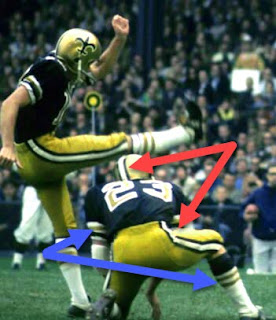 The Bears have been great at having the sleeve and socks stripes match. 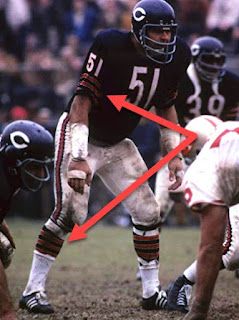 Here is one with UCLA loops and matching pants stripes. It's not the alternating concept of the above shots but does give a consistent look, so it is an exception to the rule. 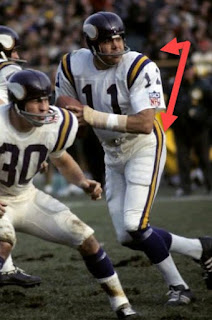 As you look at old photos from that era take note of this design. Sometimes it's only the lid and pants or some other combination, but it's something we think is cool and wanted to share.
Posted by John Turney at 5:39 AM