Aaron Donald Moves Up the Charts

LOOKING BACK
By John Turney
Today, November 11, 2018, Aaron Donald recorded 2.5 sacks of Russell Wilson moved up on several lists. As most football fans know sacks were kept prior to 1982 but they are not considered official, but the source for them is the same as now, the Gamebooks or play-by-plays—a record of the games played.

Donald's season total stands at 12.5 and they set the official record for sacks by a defensive tackle, previously held by D'Marco Farr. The record, though, including unofficial sacks, was set by Larry Brooks in 1976 with 14½. Donald has six games to 2.5 more sacks to best that record. It seems likely he will get it. 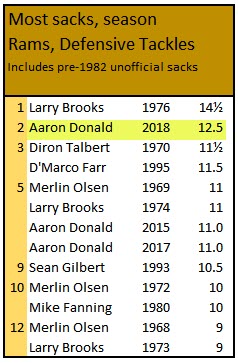 Donald is on pace to challenge the unofficial record for sacks (18) for defensive tackles with is 1.25 sack per game average. We will monitor that as the season progresses. 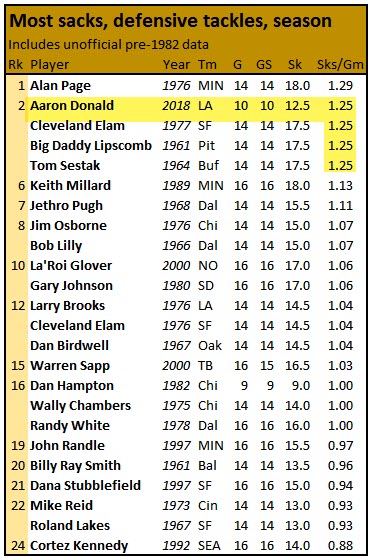 Donald now has 51.5 career sacks, and that is the most ever, in our view, by a defensive tackle in his first five seasons. It is very impressive given the names on this list. 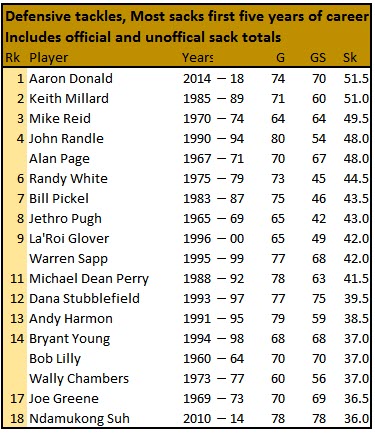 Again, we will see how the final seven weeks unfold but Donald could easily win his second consecutive AP NFL Defensive Player of the Year award if he keeps this pace up. One thing that the Rams need to correct, and Donald is part of this, is the run defense which is giving up 5.1 yards a carry to opposing runners, the worst in Rams history.

Stopping the run is not as important as it once was and so far the Rams have not paid much for that stat in terms of wins, but as the playoff run approaches that may not stay the case. Their offense has covered a multitude of defensive sins as of late.

Update: It appears Donald put on his helmet after removing his shoulder pads and then sought out Justin Britt the Seahawks center than this led to a post-game altercation. Interesting. Donald may be moving up the fine charts this week as well.

Here are some stills: 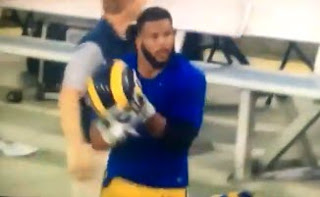 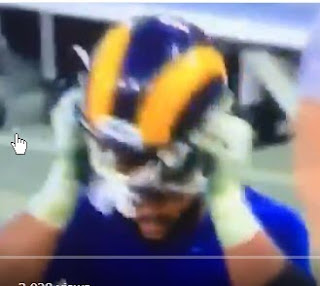 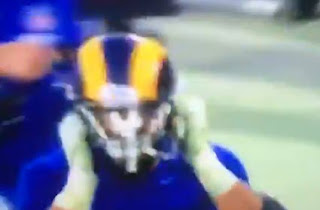 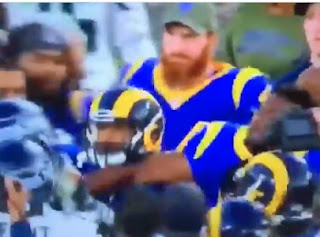 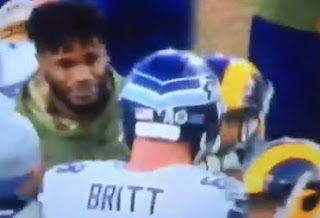