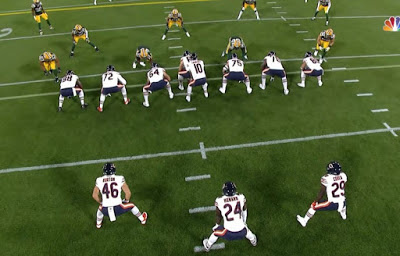 Earlier in the season Bears Head Coach Matt Nagy ran the T-Formation as a purported homage to Walter Camp. On Sunday, November 18 he ran it again, perhaps making it a bit more than a gimmick. 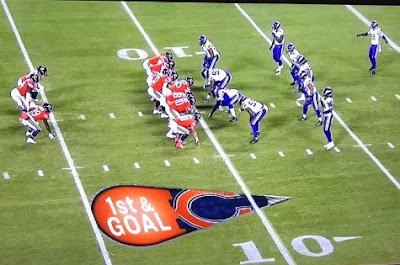 The last team we remember using it as more than a gimmick was the 1979 Los Angeles Rams. 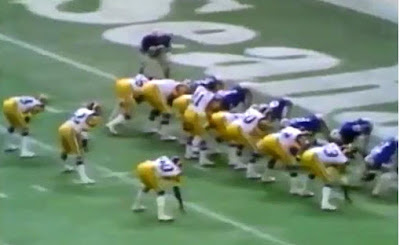 This is the 1979 NFC Championship Game— 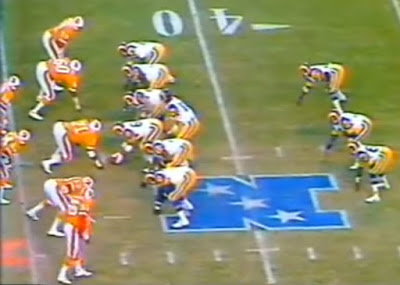 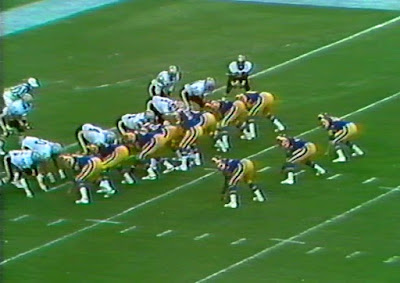 We recall seeing in it short-yardage and goalline fairly often—not every game, but close. The Rams had an excellent passing game that year but were also the top rushing team in the NFL. They lost their top rusher from the 1979 season, Wendell Tyler but had fullback Cullen Bryant halfback Elvis Peacock, and swingman (played both fullback and halfback) Mike Guman to fill in. And when Peacock broke and ankle rookie Jewerl Thomas took his place.

The Rams had Victor Hicks at tight end who was a great blocker but poor receiver and had Walt Arnold who was a good blocker and a fair receiver.

With the Rams offensive line that featured Pro Bowlers Dennis Harrah, Rich Saul, Kent Hill along with Jackie Slater, Irv Pankey they felt they had an advantage over defenses with that package in short yardage and goalline. Though Slater was not a Pro Bowler in 1980, did play in seven of them later, but he was rated as the best tackle in the NFL by Pro Scout, Inc., a respected NFL scouting firm.

The Cardinals used the T-formation in goal line as well in the late-1970s. Here is a shot of that: 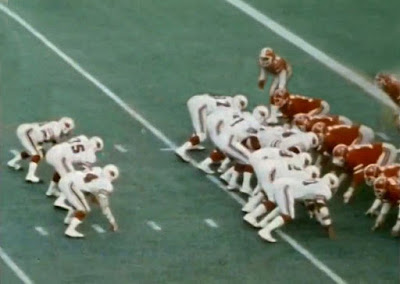 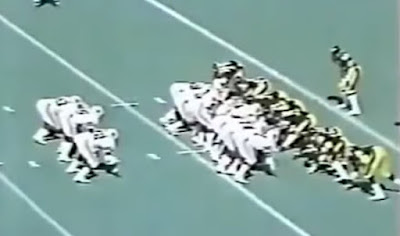 So, we applaud Nagy in his foray into the T. We missed seeing it occasionally and were glad to see it show up again.
Posted by John Turney at 7:34 PM