The 25 Semi-finalists released today composed players in the following position groups:  Centers, guards, tackles, tight ends, receivers, running backs, defensive linemen, linebackers, and cornerbacks and safeties. There are no quarterbacks or special teamers on the list.

The following are charts that measure the post-season honors, and other vitals things among those players already in the Hall of Fame.

Honors are not the entire things that are taken into consideration. Stats matter, rings matters, intangibles matter, the ole' "eye test" matters and whatever is in a voter's fancy. But some of the things like stats and post-season honors can be quantified and we've put them into charts.

Forgive the appearance, they all come from separate spreadsheets done at different times and are not 100% styled the same and contain most of the same categories but some may differ some.

Rather than format them the same, we are just releasing them as-is. All can be clicked on and enlarged. 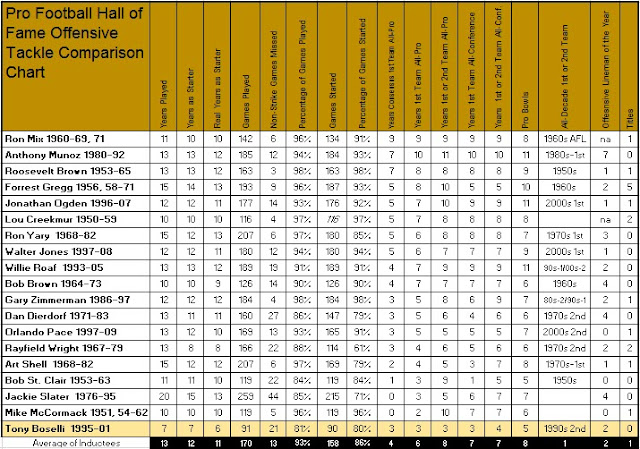 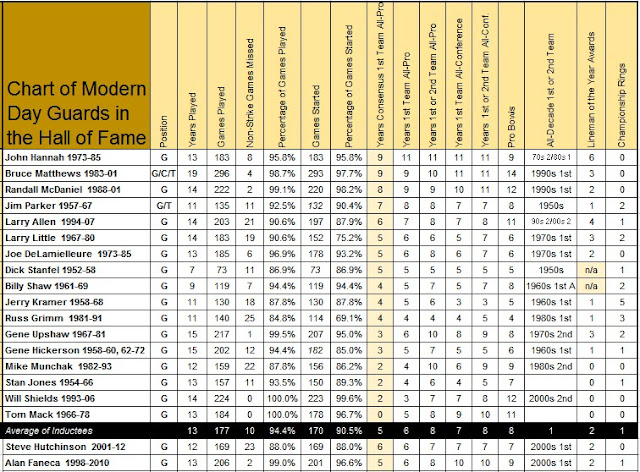 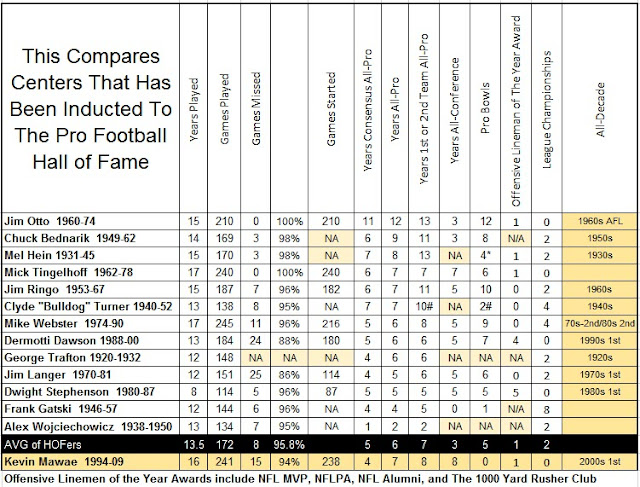 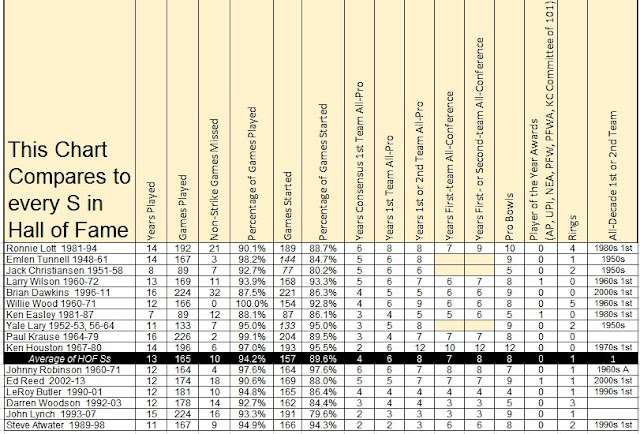 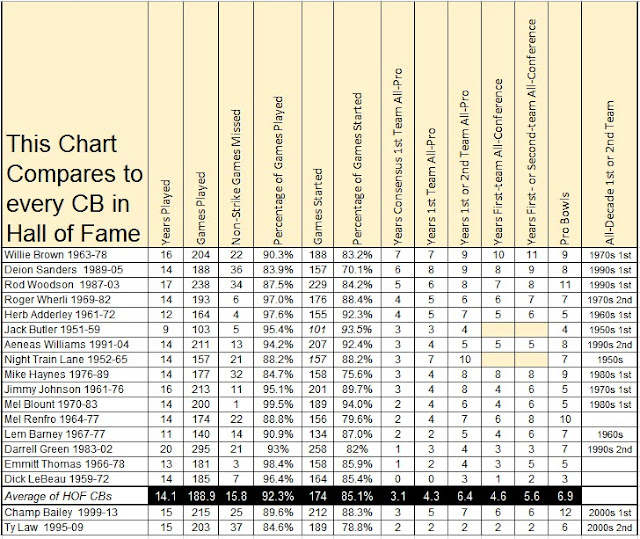 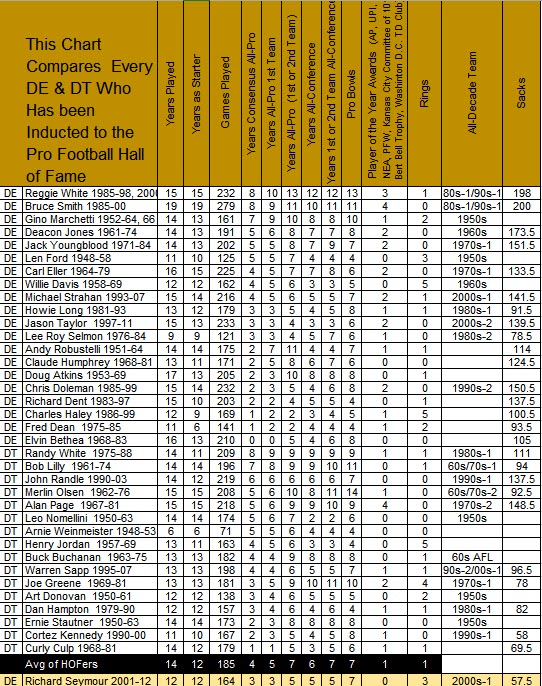 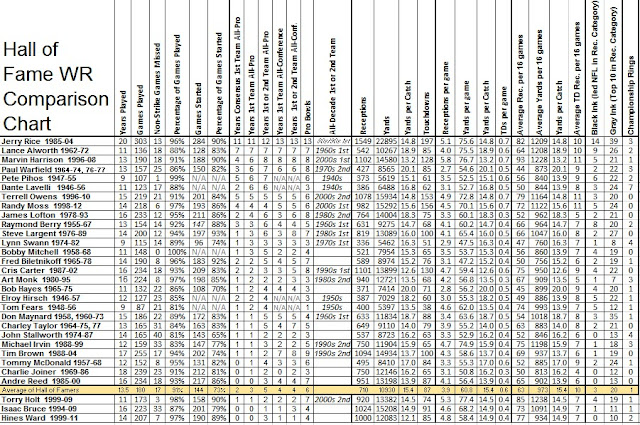 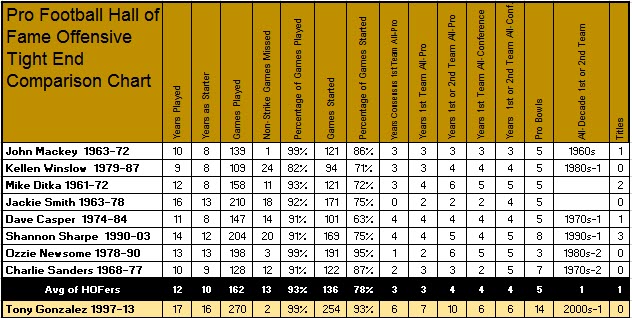 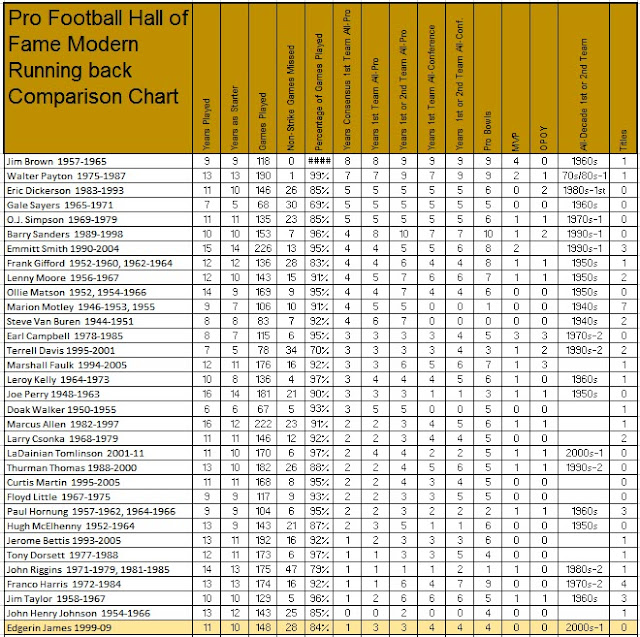