TUESDAY TIDBITS: Riding in Like St. George with His Lance. 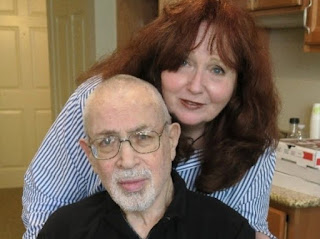 Many have stated their feeling towards Paul Zimmerman since last Thursday when he passed away. The last few days have been a real challenge since he had such a profound impact on my career, and sure want this saga to capture our relationship.

Where to begin is easy, but what stories do I tell, and what stories do I leave out? There is the rub said the bard! Paul would enjoy that I quote Billy S. November of 1979 and am reading a story in Sports Illustrated on the Steelers decisive victory over the Cowboys, and checked the writer's name. Never heard of him, yet sure liked how he wrote.

Soon after became a subscriber to SI due to him (still am). Always looked forward to Paul's insightful stories on players (John Hannah), games(too many to list), and his thought-provoking All-Pro team that was based upon evaluation rather than just an opinion. 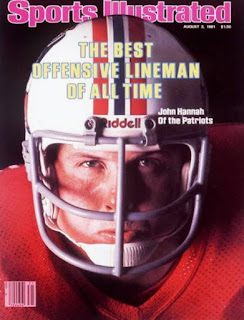 Next date on the timeline is June 28th, 1986. Sitting at the typewriter in the coaches office at Riverside City College (my first college job), and decided to write letters to the two men I respected most that "covered" the NFL.

Had no reason to believe that either Steve Sabol or Paul Zimmerman would respond to my letters; and that did not matter. Just wanted to tell both men who much I enjoyed their craft and expertise. Could go hours on my relationship with Steve Sabol, but this saga is about Dr. Z.

Summer of '87 and a phone call from him asking if I would be interested in a paid gig doing research for his upcoming book on Duane Thomas and the Cowboys. This man is taking a chance on someone he only knows by a couple of letters detailing analysis of statistical data, and a few opinions? We would talk and laugh years later about how poorly the book sold. 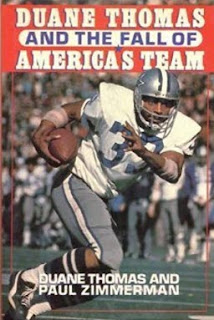 The late '80's was a time in my life where very few things mattered; coaching community college football, good looking cowgirls in honky tonks, spending weekends with my three small children when I could, and watching and reading about the NFL.

November 15th, 1989 and he begins his letter to me with "gee, you sound more like a fan every time. Cut out the hokey bullshit and dig in with some real analysis, or you'll have to get another pen pal." Ok Z you want hard-edged analysis—you are gonna get it. A turning point for me? Hell yes!

We began to build upon what we both knew and relished, the game and the players. Paul spent a great deal of time in evaluating players for his all-pro team, but there was a stumbling block for him. Much of the time the game showed does not widen the picture enough to show the alignment of the safeties, and even when it does the question to be asked and answered is what are their responsibilities?

Thus Paul would ask my opinion on pass defense and all the intricacies involved. Happily responded, and many times his choices for All-Pro safety came from me. He explained more than once about his college days as an offensive lineman and how he slept through "the keys" by the defensive coach on his college team. Sure helps when you are right a very high percentage of the time (which I was.)

Paul learned to trust my judgment on pass coverage and players. He would tell me stories of players of the past that he saw play. His early favorite rivalry that he would detail was the Browns and Giants in the '50's. As such when I became more and more involved in watching film of this fascinating decade his statements and evaluations came to life on screen. Amazing how accurate he was on who did what so well.

We are now in the early '90's and are going to meet face to face for the first time. A hotel in Santa Monica where the Dallas Cowboys are staying in January of '93. Paul loved stories on people, and he wanted "dirt" on the owner of the Rams; a former showgirl named Georgia. Walk into the bar, and there is Jerry Jones sitting alone at a table, and in comes the man, the myth, the legend Paul Lionel Zimmerman. We order a beer and get right down to brass tacks; what do I have on Georgia? Shared a couple of stories and who walks in? Jimmy Johnson and he sits down at the table behind Jerry Jones, so they are back to back, and never speak! Paul, were you aware of this? He detailed what he knew about the relationship or lack thereof.

The Dallas coaching staff walks in, and I am introduced to them, and then Paul asks me if I want to be part of an interview he is doing with Ken Norton Jr.? Would I! Watching Ken Norton Jr. respond to Dr. Z's questions was so enjoyable, and even was allowed to ask a question off camera at commercial. Paul tells me to wait, and he returns with his write-up on the preview of the Super Bowl between Dallas and Buffalo.

Many times we have read that Dr. Z struggled with his editor's and how they would slice and dice his stories. I have the original story for that super bowl un-edited and it is fantastic. Why would they edit this man's writing when he captures so well what is in fact important? Secondarily his style of writing is a joy to read, yet and here a couple of quotes by his editors to him over the years—ready? Here we go; "that our job is to put what you've written into institutional language", "can you bland it down a little". 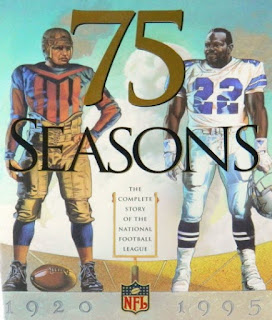 March 4th, 1994 and the letter begins with Paul telling me about what I have to do to help him, and have to do it immediately. He is heavily involved with the coffee table book 75 Seasons:  The Story of the NFL and they want charts. Specifically charts of basic pass coverage, and he has lost the charts I sent him years before. Paul has negotiated my deal (I am getting paid for this?), and an interview with Tom Barnidge will also come about.

Years later we would both laugh about how few of the charts they actually used, but was paid, and interviewed for a job at NFL Properties (did not get the gig). December 5th, 1997, and by this time the letters come more often, and we have built a mutual respect.

We did not discuss all of our interests in life, but he was getting remarried and was so excited about his flaming redhead Linda Bailey (a very classy & intelligent lady). His letters were "earthy", and in fact even bawdy as he would share personal details about folks around the league, but he was in his own personal heaven with Linda.

We did not talk politics much, though we had a common political hero in "battling Bob LaFollette. Paul loved the classics, and he brightened right up when I mentioned "Beau Geste". This brilliant man could quote from so many books', and those quotes would appear online in his weekly column.

We are going to meet up again at the Super Bowl with our wives for lunch, and there are times when you make an error in judgment, and this was one of those times for me. A young producer who had produced one of my radio interviews sees me and pulls me aside. He asks if I want to go on national ESPN radio with Steve Levy and discuss the SB between Atlanta and Denver. Sure, and I walk over all full of myself and state I am going on the radio. How just damn stupid of me! How difficult would it have been to tell the producer that what should happen is Dr. Z and myself would gladly be on Steve Levy's show, but my ego sure got in the way. 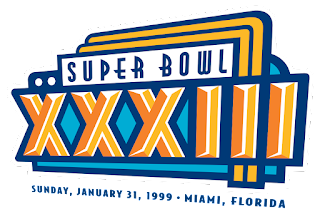 The interview went very well as my prediction of the final score hit the bullseye, but I lost a valued friend that had been so helpful for so many years. Regret, hell yes, but how do you get back in his good graces? Months go by, and then I mail him my seasonal predictions along with a very expensive box of cigars as an apology.  He writes back telling me thanks, but he has given up smoking. He then goes to other topics, and then states "would love to see the look on your face when you read that I had given up smoking"?

Paul Zimmerman had a great sense of humor, and that sense of humor comes across in many ways. We communicated much more often during his time when he wrote his on-line column since we could email. Paul Zimmerman could and did intimidate people, but I have never ever been intimidated by anyone, and more than once in phone conversations we ATTACKED each other.

Comments dripping with sarcasm, and condescension were weapons laced with profanity. Yet, much like big brother, and little brother, we would merrily get right back on topic like the attacks never happened. Want to be clear here, these situations happened only a few times, but boy oh boy no one would want to hear those verbal assaults. At this point in my life making a wager on a pro football team or fast horse was very important in my life (Dr. Z did not care at all about horse racing).

He could and would not gamble for fear of losing the job he loved, yet he relished hearing about my betting (both the successes and failures). That said, more than once I would appear in his column about my summer treks to Vegas to bet "futures" on the won/lost totals of teams. Over the years these were my most successful wagers, and Paul relished discussing the value of teams before the season, and his respect of Vegas handicappers over pundits in magazines that could not find their ass with both hands.

This man wrote about Grover Powell of the Mets and the masterpiece he pitched on August 20th, 1963 (he did not care about baseball), and could probe a situation in football like no other man. Case in point you ask? Dr. Z fires upon Carl Weathers' cheap shot on special teams bomber Roy Kirksey of the Jets from a pre-season game in August of '71. Weathers explodes, yet later calms down when he realizes there is actually someone who sees what is going on down on the field.

My favorite though comes from NFL Films presents in 1998 when Steve and Paul discussed the Garrison Hearst run against the Jets. The back and forth between these two men that helped me so much, and the subject matter that both relished with such passion will remain with me forever. Over the years a favorite topic was the Hall of Fame and the candidates. Was honored to help him when he spoke to the voters concerning 49er defensive back Jimmy Johnson. 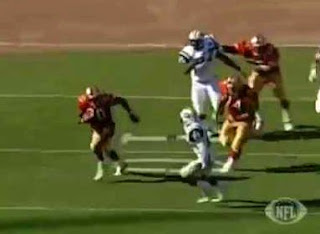 Though we did not always agree, he shared insight into what goes on in that room that few people will ever hear. Thank you, Paul.

As I close this saga a couple final quotes. Will always think of myself as a football coach first, and a historian/writer-researcher second. The written word is a valuable tool but what words to write? Do I really have something to say? Now the quotes "(T)he urge to be clever is one that will destroy you; the straining will blow you apart" and "be careful you're getting a case of the cutes". The top of the mount of football writers was and always will be Paul Lionel Zimmerman. Am honored to have called this complex man a mentor and friend.
Posted by TJ Troup at 5:15 AM