LOOKING BACK
By John Turney
Last nights Monday Night Football game featured tons of offense and little defense in terms of coverage, however, there were three huge defensive plays—three defensive touchdowns, two by Rams SAM Samsum Ebukam, one a pick six and the others a scoop and score (INT return for TD and Fumbles recovery for a TD). He will surely win the NFC Defensive Player of the Week for his performance.

However, while there have been instances of two defensive scores by one player in a game, they were all interceptions with just three exceptions.

In fact, our own author and researcher T.J. Troup reports that only three other players have had a scoop and score and a pick 6 in the same game aside from Ebukam. On December 9, 1962, Dick LeBeau of the Lions accomplished the feat against the Vikings and on September 10, 1989, linebacker David Grayson of the Browns did it versus the Steelers. And lastly,  Eddie Jackson did it last year for Bears in a victory over Carolina on October 22, 2017.

Lebeau, in 1962 returned a fumble for 26 yards and an interception for 31 yards in a 37-23 over the Vikings, in fact, his plays were the margin in that game and LeBeau's older brother said it was LeBeau's "greatest game".

Grayson recovered a fumble for 28 yards for a score and picked a pass for 14 yards and returned in for a score in a 51-0 blowout of the Steelers. 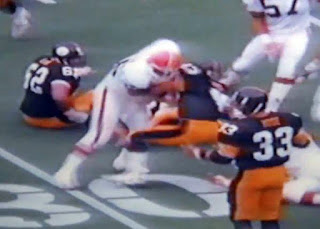 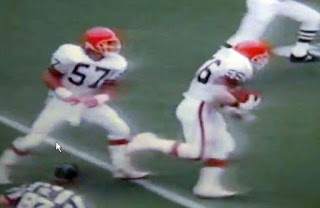 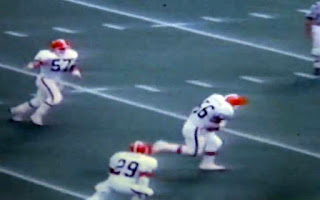 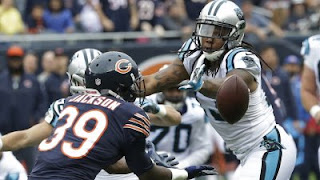 Imagine that. With all the offensive explosiveness, the rarest thing that happened was by a defensive player.