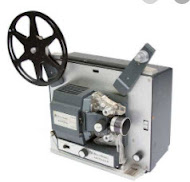 "Player evaluation is my strength," says TJ Troup, former coach and author of The Birth of Football's Modern 4-3 Defense and This Day in Football: A Day-By-Day Record of the Events That Shaped the Game, in a recent chat. "When you have a love of watching film and an open mind film is the great teacher".

Troup had a tremendous friendship with Steve Sabol of NFL Films and with that came access to films few have ever had and he used that access to be educated. His skills as a college player and coach allowed him a perspective, Xs and Os-wise that most lack. And with that came his own perspective on NFL players of the distant past, recent past, and present.

How it relates to recent posts on the Journal is that film evaluation or "scouting" or whatever the nomenclature that is to be used is part of the process, the resume of a Hall of Fame candidate, along with what we covered in those posts—Honors, statistics, testimonials, intangibles. We think it might be the major component of  "intangibles"  or even "testimonials" or it can be a category unto itself. It really, though, would depend on the voter.

3:12 PREPONDERANCE NOT DETERMINED BY NUMBER OF WITNESSES

testifying to a particular fact.

You must not be influenced by sympathy, bias, or prejudice for or against any party

A witness qualified as an expert by education, training, or experience may state

opinions. You should judge expert testimony just as you would judge any other testimony.

You may accept it or reject it, in whole or in part. You should give the testimony the

importance you think it deserves, considering the witness’s qualifications, the reasons for

the opinions, and all of the other evidence in the case.

their testimony. You should take into consideration their means of knowledge, strength of

whether their testimony has been contradicted or supported by other evidence; their bias,

prejudice or interest, if any; their manner or demeanor upon the witness stand; and all

The lawyers have highlighted certain parts of some exhibits. However, it is for you

to determine the significance of the highlighted parts.

Sometimes, though the experts or what we've termed "testimonials" are not always vetted completely or come from a player's own coach or teammate, which had value but in our view not as much value as someone more independent. It's not that the player's teammate or coach is in error, he is likely right and has to be given plenty of credibilities it's just that if you can find someone who was an opponent it takes the credibility even higher, that's all.

The main thing is that whoever is saying something, it needs to be reasonably accurate. We've seen claims of feats or achievements that were not true, most often the claim of  "he changed the game" but also "he was the first to do this". Those are often dubious. And that is where the film study comes it.

Here at the Journal, we've caught lots of claims of so-called innovation that were used in a case for a player that were just not accurate and we thought it was unfair to give Player B credit for something when Player A was really the first to do it and film study can show that pretty definitively.

The same goes for non-film study items such as a quote from a coach or perhaps a statistical claim that is less than accurate. But today the issue is film.

"(A)nd watch it over and over again. First for the true impressiveness of the play, the accuracy of the pass, the move of the runner, or the defender shedding the block, and pursuing properly to make the tackle.  There have been times in watching a film over for like the fourth time, only to realize a scheme or alignment changed, or even positions; i.e.; d-tackle now at end, and vice versa. Watching a game live that just does not happen. that is why the best coaches saw something on film others missed and were adept at teaching their players how to exploit or defend what they saw."

Film evaluation also can cause some problems, too. It can separate players who both have good numbers who both are Hall of Famers or worthy of such but one is really the far better player, at least in certain situations.

To illustrate, we will use baseball rather than football. It is a game that Troup and his friend, author Allen Barra would play in conversations they called it "Who would you rather have?" They would do it as a way to pick one player over another, perhaps one was in the Hall of Fame and another was not.

It's game seven of the world Series, who would you rather have as your starting pitcher, Don Sutton or Jack Morris?

At the time Morris was not a Hall of Famer (he was inducted in 2018) but Sutton was and Sutton had a lower ERA (by more than half a run) had 70 more wins and over 1,000 more strikeouts.

Both would want Morris for that game seven, however.

Again, in baseball, we could do the same for recently inducted Harold Baines—who emerged from a panel that was composed of six players, one manager, six executives, and three journalists.

When fans or football writers suggest more players should vote for the Hall of Fame I shake my head. Exhibit one should be Harold Baines as an example of what too many players can do when asked to judge the careers of their peers. We've talked to too many players who have perspectives way out of skew as to what a HOFer is. Theor perspective is too narrow and too full of bias. If they couldn't block a guy, he's a Hall of Famer. If he was a teammate, that boosts the case. If the guy was a "beast" whatever the hell that means, then he's a Hall of Famer.

Few NFL players take the time to take a step back and evaluate a player's entire career in terms of honors, stats, testimonials from opponents and then consider that there are only so many slots and that every player they couldn't block or who was a "beast" physically is a Hall of Famer. One would think that making it to the NFL means someone is, by definition, is a physical beast. The HOF is for the beasts among the beasts.

So, how many players would any of you readers take over Harold Baines as a right fielder or even designated hitter? Ten? Fifteen, headed by Dave Parker? A lot, anyway.

In our recent conversation with Troup, the conversation went that way for the NFL. Without using names to protect the lesser players, Troup was confident in his evaluations and understand that while two weakside linebackers might be worthy of the Hall of Fame—both with solid resumes in terms of honors, stats, testimonials, even intangibles, if they were both on the same team and there were one roster spot left, one would be a "clear cut".

The conversation went to a couple of safeties, both stunningly similar in credentials, but one was HOF-worthy and one was an All-Time great who is simply getting truly snubbed.

Troup said, "I can make a case for a few inside or middle linebackers but when you put on the film and see what they all did and were asked to do, one stands out and it's not even close".

Paul Zimmerman of Sports Illustrated conversed with Troup often and they'd have debates, laughs, and even swearing contests. But the bottom line is Dr/ Z relied on Troup's keen eye and evaluations. Once Troup said, "Why can't I put the film on and show some of these writers what the differences is between these quarterbacks and the kind of throws they made and who could and could not make this throw?" or "Why this cornerback is far, far superior to the one who maybe gets to more Pro Bowls?"

Troup recalls Zim telling him, "They will ask who is this guy who coached junior college ball in California? What Z was saying in his own loving way was 'Because they have their own agenda, TJ', they don't WANT to get the full story".

That was then, this is now.

We think the current group of voters is different than the 1990s panel that is mostly long gone. And they do seek outside help. And Troup has, in his posts for the Journal. He's said several times to NFL writers, "If you don't believe me come on down to Kentucky and I will put on a pot of coffee and the film and I will show you what I mean."

Tim Layden of Sports Illustrated did just that and was planning a story for that publication but his employment ended before it got done (he's now at NBC).

Voters can give it the weight it deserves as part of the "evidence" as per the jury intrsuctions but we feel that most certainly the best film will usually accompany the players with the most frequent honors and who have excellent testimonials because great flim leads to the honors and the testimonals and often the statistics. As Proscout, Inc.'s Mike Giddings has said for over forty years "The Eye in the Sky Does Not Lie". Not only that, watching the film is the funnest thing to do aside from watching the games live.