HOF Board of Directors Must Call Emergency Meeting—Call to Action 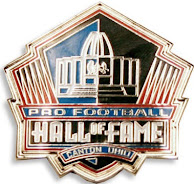 Subject of Meeting: Extending the Modern Era Candidates to 1991 from 1996

Since the Board of Directors Choose to only have four players (four coaches and four contributors) included in the next four Hall of Fame Classes it is now paramount that they increase the "Modern Era" by five years to 1991.

Currently, the "Modern Era" is for players whose careers end 25 years prior to the current Hall of Fame class which is now 2021 making it `1996. We propose that be extended five years, to 1991.

That way, several players who were modern-era "near misses" can get one more shot in the modern era and will not be in the senior pool or the "swamp" as it is also known. That way they will no compete with the players who played in the 1980s and before as a way to make this tightening of slots fair.

There is precedent for this. In 2004 the modern era went from 20 years to 25 years and that change allowed Carl Eller to go from the senior swamp to back to the modern era and then he was rightfully inducted in 2004. It has been sixteen years since that change and it is time for another in our view.

It a player's final season was 1991 or after, you are in the modern pool of players, including all players who played within the last thirty years.

It is the only fair thing to do. Yes, it may push some recent players back some as a few of the near misses come up one more time, but the universe of those players is small. It also means those whose last year is 1996 get five more years and so on.

With only four slots in the next four years, this is the fair thing to do to mitigate the major change of limiting the senior players in the changes last week.

Please contact Dave Baker, President of the Hall of Fame

Asking that he call an emergency Hall of Fame board meeting to consider this change in the rules/by-laws and that it happen with in the next week. Be respectful, be kind, be insistent.

With the current COVID-19 pandemic there need not be any flights booked, hotel reservations, no travel expenses whatsoever. It can all be done by Zoom or another teleconference service so there is no excuse that can be made concerning logistics. Any board member, even on vacation, can find an hour or two to discuss this proposed rule change and vote on it.

This is something that is allowed to happen under current rules and can happen instantaneously for the Class of 2021.

It harms no one, and it helps many. There is, as far as we can tell, no downside. It was a change that could have been considered anyway had it been suggested.

We are deadly serious about this.