HOF Classes 2021-24 Will Only Have Four Senior Players 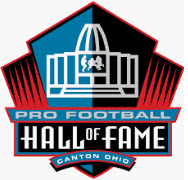 With only four slots tough choices have to be made by the voters and it is not time to get to brass tacks, only the best of the best can even be considered, much less be inducted.

So, ancillary considerations by fans must be thrown out the door. It is hard enough to get voters to agree on who the top players are among a group of top players without the noise that often accompanists the cases made for some of the players by fans.

So, when voters have to throw out all those things fans think matter, don't be upset, that have to do it. By allowing only four seniors over the next four years the voters are in a tough spot. It's the best of the best now. And nothing more.

Here are the Dos and Don'ts For Fans

Voters will not focus on specific teams. And this is directed at fans, not voters, who will do the right thing.  It does not matter that your team, as you suppose, is underrepresented in the Hall of Fame. It may or may not be. But with so few slots it is not a time to say "My team won "X" number of  NFL championships and their rival won "Y" titles but they have more HOFers so we need to level the field so here is the player "Z" to do it.

Or, "My team has always been getting screwed by the HOF, here are the two best players we ever had, other than the one who is already in, so let's have them be one or two of the four seniors over the next four years—that's only fair".

There is just not room for that kind of thinking. If you have a beef, blame the Hall of Fame itself, not the voters. But if you think "fairness and equity" is more representation among teams you are wrong.

Fairness and equity is putting the most qualified players in, regardless of team. Or league.

This also goes for those who are fans of the AFL. Maybe there will be an "AFL makeup class" someday as has been proposed. That would be an idea with merit. However, not with these four slots. An AFL player should be one of the four only if he is one of the best four.

Yes, of course, that is a subject of debate, but there should not be extra weight given because of the league a player played in. That is not fair to perhaps more qualified players who may have played before or after the AFL existed.

The Centennial Class of 2020 had some odd choices. Not all bad, per se, but some of the inductees jumped over the queue of players who had been on the Final 15 and Final 25 before when they were slugging it out for years on the modern list, narrowly missing induction and then were leapfrogged for HOF induction by players who never were on the Final 15. Most were qualified but some more than others with one or so quite dubious.

Remember, the Centennial Class was not chosen by the Seniors Committee of the Hall of Fame, though some were part of the committee it was chosen by a Blue Ribbon Committee that did, overall, a decent job. But with the HOF senior committee, if you are a fan of some player you expect to pop up out of nowhere, don't be disappointed if he doesn't.

The voters likely will look at those players who were the narrow misses when they were modern players more so than some darkhorse. It simply is not fair to those who have been on the Final 15 and Final 25 before to go that route again with these next four slots.

Each year All-Pro teams have been voted on by the writers  AP, PFWA, the Players (Sporting News or NEA) and those should be a guide for who should get in for the next four years. All-Decade selections should be a factor as well, as should MVPs and Defensive Player of the Year Awards.

Statistics and testimonials should also be part of the mix but they should not supersede the honors. What that means is some quote by some player's coach should not make up for the fact that he was All-Pro maybe one time in his career.

Or, perhaps a player who has great stats in say, rushing, receiving, sacks, or interceptions, yet was never able to be an All-Pro more than once or twice or went to just one or two Pro Bowls (or less) should jump over players who ALSO had good stats but ALSO was a three- or four-time All-Pro (or more) and went to a handful (or more) Pro Bowls.

So, if you "guy" from your "team" is one who has the most complete resume, that check ALL the boxes: All-Pros, Awards, stats relative to their positions, testimonials, intangibles, longevity to a reasonable degree you will be happy.

You may not be if you expect the committee to pick someone who checks one box such as stats or testimonial over someone who has those plus All-pros and Pro Bowl.

In other words, we expect the senior committee to be fair.

Sorry, quarterbacks get every benefit of every doubt due to the importance of the position. That is why there are so many quarterbacks with MVP awards who are not in the Hall of Famer. year-in and year-out they get the glory and the honors and the notice.

Those not in the Hall of Fame have been weighed and measure and found wanting. In fact, some get so much of the benefit of the doubt a case can be made for a couple to perhaps not be HOFers and for a handful who were first-ballot HOFers to not be worthy of that added distinction.

If there were a dozen slots for seniors over the next four years perhaps a case could be made for a quarterback to be among the best of those twelve, but no way can a case be made for any of the quarterbacks that are often listed as being "snubbed" as being one of the top four senior players.

Thus, if you are hoping for a quarterback, be prepared to be let down.

Al Wistert: "Say Ox, How many time were you All-Pro?"

Emerson "You won a title, right?"

Emerson, "Correct. And your team set statistical records on both offense and defense"

Emerson, "You blocked for an all-time great—Steve Van Buren"

Wistert, "I did, and you blocked for the great Dutch Clark, right?"

Wistert, "Are you in the Hall of Fame?"

Ed Sprinkle walks by in his gold HOF jacket

Wistert, "Now there is some bullshit"

Emerson, "You got that right, Al"

Though we think both Wistert and Emerson are qualified we don't know if the super seniors stand a chance. It's hard, but with only four slots how can they be picked when living players who have been so close are waiting?

This is a tough one. But, perhaps going with the more recent seniors is the way to go for the senior committee, and perhaps there might be another way to help and induct those much older candidates.

Press the Hall of Fame for More Slots

This is a long shot but ask the voters to ask, and ask, and ask for another slot. Maybe it could work. (likely it won't happen but we can dream). Also, maybe the voters can push for an extra class (though this is a much longer shot) or players that played their entire careers before the Hall was created.

This could cover what we call "super seniors"—players from the 1920s, 1930s, and 1940s—players like Al Wistert, Ox Emerson, who we mentioned, and also Lavvie Dilweg, Verne Lewellen, maybe a Nesser or two and others. That would keep the old-timers from taking slots from the more modern candidates who seem to be filling the senior pool faster than it can be drained (apologies for the bad analogy).

Since the Hall just had the Centennial Class this makes any addition "mass class" harder to justify. But as we mentioned the select Blue Ribbon Committee chose the Centennial Class. This hypothetical 60th Anniversary class could be chosen by the senior committee, and thus would be different enough to justify another group-type class to go along with the senior that season.

As far as the second slot proposal—it seems like a no-brainer. We never understood why it was taken away in the first place. Two per year was, seemingly, working well.

In any event when pushing these ideas be respectful to the voters and to the Hall officials if you chose to follow this "do". "Don't" be rude on social media.

While not perfect the senior committee is aware they have to nail these next four picks. There is no room for error. They have done a good job recently, though, in our view there have been some mistakes and those, in our view, stemmed from falling for some of the above "don'ts" we listed. Now, there is no room for that so we don't expect to see it.

We expect to see players who were consistent All-Pros/Pro Bowlers with the "extras" with awards similar to those won by Ken Easley, Robert Brazile, Dave Robinson, etc. but also good stats for their positions.

We don't expect a player with a lot of sacks but one All-Pro season to be or someone with a lot of interceptions but one or no All-Pro/Pro Bowl seasons or any of the quarterbacks who have had plenty of chances over many years (they didn't 'fall through the cracks').

So, we will see. But we'd advise the fans, for whom this semi-polemic was directed to cool their jets and not verbally abuse the HOF voters on Twitter and Facebook because a player from "your team" got "snubbed" in the next four years.

It's likely that he didn't get picked because there were four players with better careers than his.