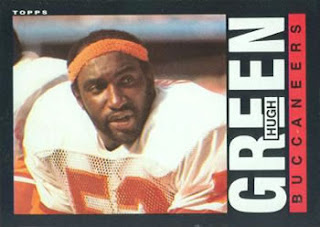 Hugh Green was a highly touted college defensive end and was moved to linebacker in the NFL. He wasn't, in our view, what was expected, a player who was heavy on and perhaps lacking in coverage. He was not as big as some of the and had good mobility and the Buccaneers used him both as a rusher, but plenty in coverage.

As a rookie, in 1981 he was a Pro Bowl alternate and in 1982 he was a consensus All-Pro. The next season, 1983 he was a First-team All-Pro selection by Sporting News. However, he was injured in 1984 and in 1985 traded to the Dolphins who thought he'd be a key piece in improving a defense that could help out Dan Marino and a terrific offense. He played well with the Dolphins in 1985 but it didn't get them over the hump defensively. 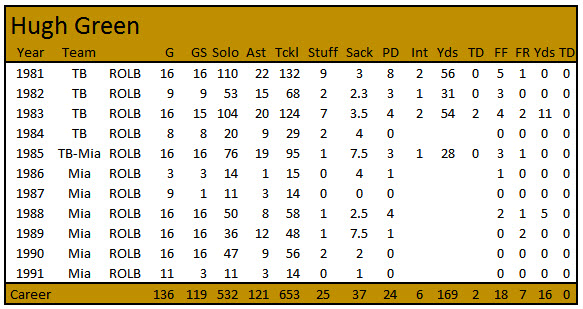