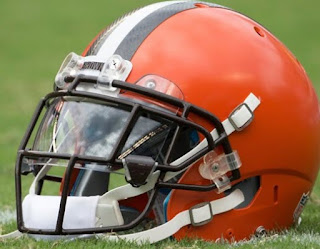 One uniform story this preseason is the Browns coach Hue Jackson making the Browns 'Earn their stripes' in 2018 meaning they had to make the team before the get the three stripes in the middle of the lid.

Until then they have to wear these: 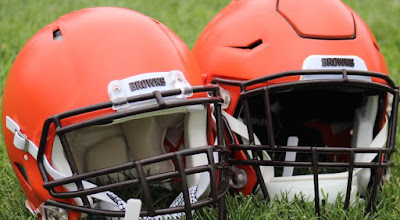 Okay, fine, but in 1973 Dennis Havig was photographed like this: 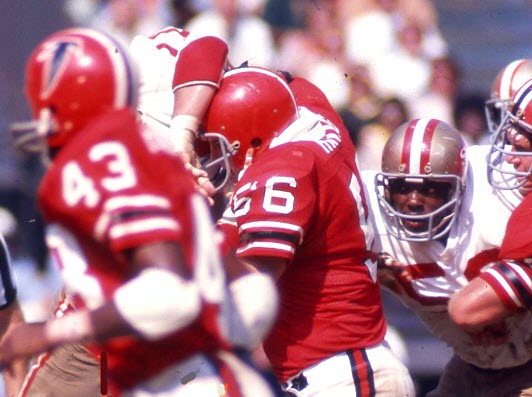 Did he never earn his Falcon?

Clearly, it came off, but wouldn't it be great if players did have to earn their logos? We would see better football, no? 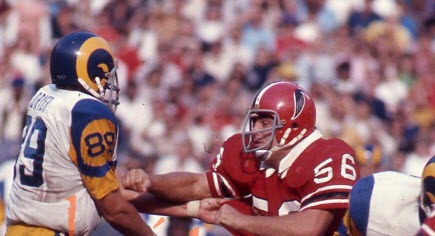 Actually, it was likely just issues with the sticker itself. Here he is a few weeks later, presumably a new sticker and it's starting to come off.
Posted by John Turney at 7:56 PM