Johnny Robinson Should Sail Into the Hall of Fame in February The Seniors Committee for the Pro Football Hall of Fame has chosen Johnny Robinson as the senior nominee for the Class of 2019. it is a pick that cannot be criticized. Robinson is worthy of the Hall of Fame in every way possible. He has a ring, he was All-AFL for the Decade of the 1960s and also a 1960s All-Decade selection, he was a 7-time AFL All-Star/Pro Bowler, had excellent interception stats, played both strong and free safety at a high level. He played hurt and was a leader.

There wasn't anything more that can be asked of a player. 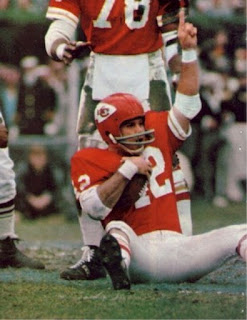 Here is a chart showing where he ranks in post-season honors as compared to Hall of Fame safeties and those who are eligible or soon-to-be-eligible and not yet selected. 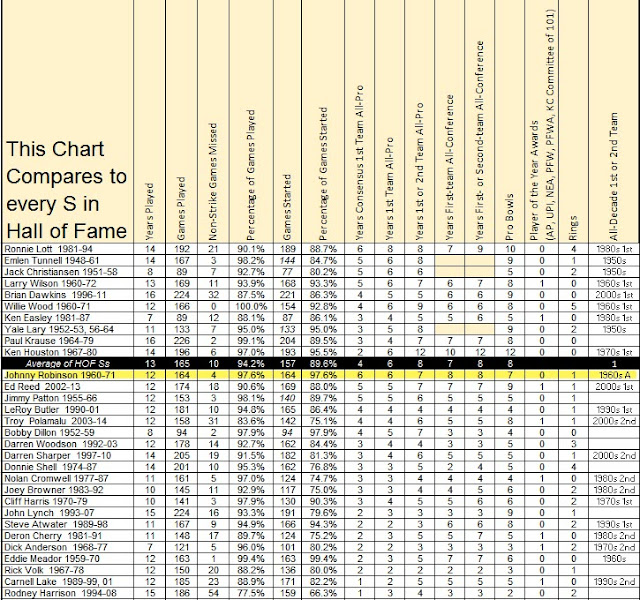 Robinson led the NFL/AFL in interceptions twice, was a fine punt returner early in his career, and was a good running back/flanker back then as well. He moved to defense full-time in 1962 and his career went to another level.

Perhaps the only quibble is that Robinson will likely be the sixth defender from the Chiefs 1960s-early 1970s defense that won one Super Bowl with Buck Buchanan, Willie Lanier, Bobby Bell, Curley Culp, Emmitt Thomas already inducted. The Steel Curtain defense, for example, has four—Joe Greene, Mel Blount, Jack Lambert and Jack Ham. But that's a quibble. The Chiefs defense was great, but was it six Hall of Famers deep? Well, regardless, it will be. Bud Grant comment a few years back when asked about the Chiefs upset of the Vikings in Super Bowl IV, "The more Hall of Famers they get, the less of an upset it is" Maybe the mid-1960s through early 1970s Chiefs defense was the best of All-time. Six Hall of Famers will sure make the case.

As can be seen in the above chart, when you look at stats from a seven-year perspective they were great at takeaways, and from 1963-69 they were the top run-stopping team (Thank-you Bell, Buchanan, Lanier, and Culp). But the most impressive to us is the defensive passer rating which they were tops in the NFL from 1964-73, a ten-year span and that is right in Robinson's wheelhouse— efficiently stopping the pass (along with Emmitt Thomas).

Really, Robinson is one of the most glaring omissions who are missing from the Hall of Fame. One wonders what forces prevented him from gaining entry to the Hall in the 1970s or 1980s. We're told he was likely one of the casualties of the AFL-NFL rivalry amongst the Hall of Fame voters in the "bad old days" when many worthy candidates were given the shaft by small blocs of voters.

This year, that will end, in our view. There is no way Robinson should be denied.
Posted by John Turney at 4:24 PM