At the Quarter Pole, NFL Passers on Record-Setting Pace 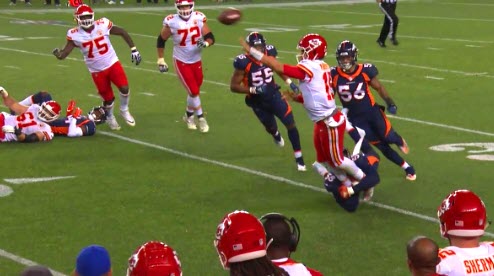 This season, so far, is showing how far the passing game has come. We've had two 6-TD passing performances (Pat Mahomes and Mitch Trubisky) for example. 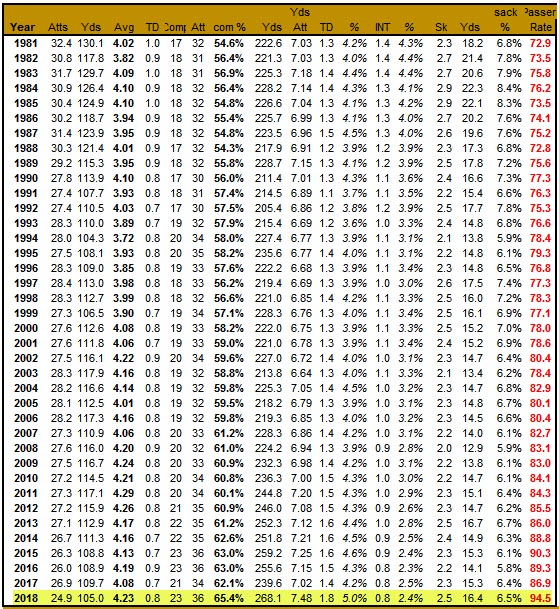 Having followed these for a while, it's been our observation that the numbers go down as the season progresses. Defenses catch up, the weather gets bad but without doubt, the passing game is at its all-time peak and it's like at least some of these stats will hold to the end of the season especially if the run-pass ratio (now just under 40%) stays the same. Back it the day it was 55-45 or even higher at times.