No. 100 is a Winner for McCarthy at Lambeau Field 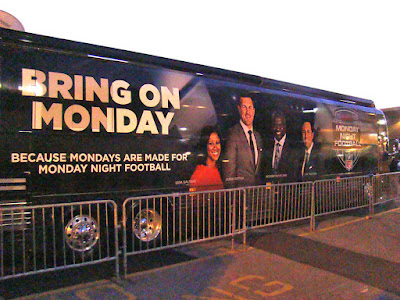 The Packers hosted the 49ers at Lambeau Field on October 15.
The venue is named for the franchise’s longest-serving coach, but Mike McCarthy has been the face of Lambeau Field for more than a dozen years now.

The Packers’ head coach reached yet another milestone at the historic stadium Monday night. The game that got him there was an entertaining, frustrating affair that could easily have gone the other way.

Mason Crosby kicked a 27-yard field goal as time expired to propel to a 33-30 win over the 49ers on a crisp October night ripe for football. The field goal was ’s fourth of the game, a number equal to the misses he endured when trying for three points eight days earlier in a loss to the Lions.

But this wasn’t Ford Field or any other remote outpost. This was Lambeau Field, home to the Packers for the past 62 seasons.

For McCarthy, this was regular-season game No. 100 at the historic facility. That’s more than twice the number presided over by any of his predecessors.

For the team, this was regular-season game No. 350 on these hallowed grounds. More thrills, chills and spills have taken place here than at any of the fancy, high-priced constructions erected in recent years.

McCarthy is in his 13th season as Packers head coach. Only Curly Lambeau, for whom the stadium was named in 1965, coached the team longer.

All one had to do was tune in to “Monday Night Football” to see McCarthy working the sidelines. The broadcast cut away to him at least 10 times in the second half as his team fought desperately to mount a comeback.

And really it did. helped itself to 11 first downs and 201 yards in the fourth quarter to squeeze past .

It was only the second time McCarthy’s club has earned 200 or more yards in that period. The first occurred in the season opener when the Packers gobbled up 216 on their way to a 24-23 triumph over the Bears.

The Packers, under McCarthy, have tended to be more productive at Lambeau Field than elsewhere. In some cases the differences are small, but they are differences all the same.

What follows are regular-season numbers since McCarthy was named coach in 2006.

But, most importantly, winning occurs more frequently. Could the Packers have forged their game-winning, 10-play, 81-yard drive in a scant 67 seconds had this contest taken place in ?

McCarthy is one of 11 active coaches who have logged 100 or more regular-season games. Only Belichick (.679) and Mike Tomlin (.657) have a higher winning percentage.

McCarthy’s teams have defeated all but two of the other 31 teams at Lambeau Field at least once. His club is 0-1 against the Dolphins and Steelers.

December football in has been particularly rewarding. is 22-4 (.846) in that month, and two of those losses happened when Aaron Rodgers was out with injuries.

Success didn’t happen the first time McCarthy stepped onto the field. blew out 26-0 in McCarthy’s debut, and the Patriot (35-0) and Jets (38-10) won handily that first season.

Last year, the Ravens (23-0) and Vikings (16-0) registered shutouts. The losses served notice that the Packers can’t just show up and win at Lambeau.

Monday night provided yet another reminder. Regardless of record, can’t afford to take anyone lightly.

For all its history and lore, the Frozen Tundra doesn’t make the Green and Gold invincible.