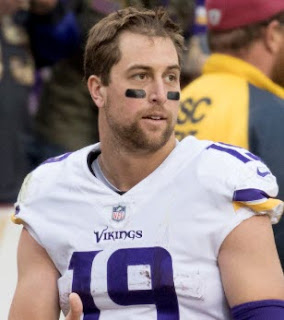 Watching the Vikings on Sunday was as always impressed with Adam Thielen's performance. During the game the graphic listed that he was the first player to open a season with five consecutive 100-yard receiving games—Congrats Adam! 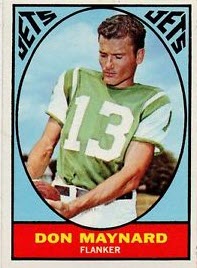 Right away thought historically about the elite receivers, and pre-merger when it was a real challenge to record a 100-yard receiving game every week (most teams wanted to run the ball). Don Maynard in 1967 with Joe Willie pitching the pigskin recorded 3 in a row, then missed, then gained 157 the next game. 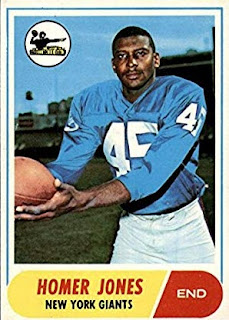 Homer Jones in 1968 with Tarkenton recorded 4 in a row, then just 3 catches for 46 yards, close Homer, but no cigar. Harlon Hill had an immediate impact on the league as a rookie in 1954 with 3 in a row, then missed, then destroyed the 49er secondary for 214 yards. 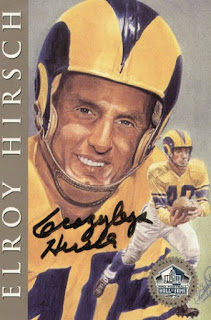 The man that stands out though is Elroy Hirsch. The Rams trade Bob Shaw to the Cardinals for outstanding tackle Bob Reinhard in 1950, and though Hirsch has his moments during the season he is still learning how to play right end. He learned his lessons so well that his 1951 season still stands as one of the greatest ever. Take a look at his game by game production for all twelve weeks. Crazy Legs needed just one long reception in three games and he would have recorded 12 consecutive one hundred yard receiving games.

No doubt Adam T. would relish adding to his production and win a championship like Hirsch did in 1951. A phone call to Elias and possibly you would get an answer to the following question—When one team has a 100-yard rusher, and the opponent does not, what is the win percentage for the 100-yard rushing team? Pre-1978 the win percentage was 77%, and 1978 to the present it is 78%.—meaning no matter what the rule changes have been if you run the ball, and your opponent does not you will win. 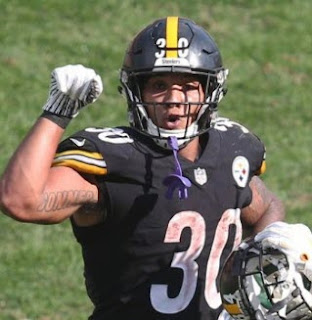 Ok, you are thinking how does this equate to 2018? So far there have been twenty-four one hundred yard rushing performances, and twice there has been a 100 yard rusher for both teams so those games are thrown out of the equation. The overall record then of the remaining 20 is 17-2-1—an 85% win percentage. We all realize it is a passing game these days, yet if you have a 100 yard rusher, and the opponent does not you WIN! Gurley of the Rams, and Conner of the Steelers have both had two 100 yard rushing games so far; and will whet your appetite for later in the season since the Rams and Steelers have had the most successful ground attacks historically/statistically in league history.
Posted by TJ Troup at 3:48 AM