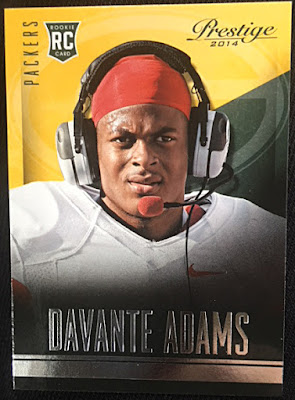 The Packers came up short for a third time this season, falling 29-27 to the Los Angeles Rams at the Coliseum Sunday. Had not fumbled away the football in the closing minutes, it might have become the first team to defeat the Rams (8-0) this season.

Take away that turnover and would likely have returned to the field for one last push. It’s hard to imagine the fifth-year receiver out of not contributing in some important manner on what could have been a sweet finish for the underdogs from .

While the Packers (3-3-1) continue to frustrate, excels. Ten months removed from having signed a lucrative $58-million dollar, four-year contract extension, is more than holding up his end of the deal.

Adams grabbed five passes for 133 yards in . Though he did not reach the end zone, three of his catches stretched for 20 or more yards and four moved the chains.

His first grab, a 48-yarder down the sideline, set up ’s first touchdown, a 1-yard plunge by running back Jamaal Williams. His second catch, a 9-yarder, was the first play of a drive capped by Mason Crosby’s 53-yard field goal early in the second half.

’ third effort, a 41-yard, middle of the field jumper, set up running back Aaron Jones’ 33-yard scoring run. His final two receptions of 15 and 20 yards combined to carry past midfield from where Aaron Rodgers found Marques Valdes-Scantling on a 40-yard scoring toss to forge a 27-26 Packers’ lead with eight minutes, 50 seconds left.

, of course, couldn’t maintain that edge. Greg Zuerlein knocked through a 34-yard field goal to send the Rams in front 29-27 with 2:05 to go.

Still, with that much time and needing only a field goal, the Packer were very much alive. They were, that is, until Ty Montgomery chose to return rather than down the subsequent kickoff in the end zone, a decision that resulted in the game’s only turnover.

From there, the Rams ran out the clock while the Packers’ most productive receiver remained on the sidelines. 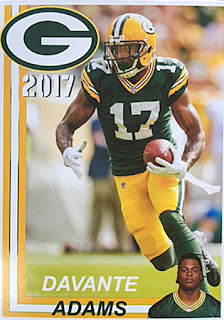 How productive is ? He’s on pace for a career year. He leads the Green and Gold with 52 receptions for 690 yards and six touchdowns.

Those 52 catches are the most by a Packer in the first seven games of a season. Sterling Sharpe, with 50 in 1993, had held the record.

Projected over 16 games, numbers swell to 119 catches for 1,577 yards. Both totals would be team records.

has been particularly busy in October. He amassed more than 125 yards receiving in each of the last three games.

James Lofton is the only other Packer to have hit or exceeded 125 in three straight games in the same season. He did so in 1984. 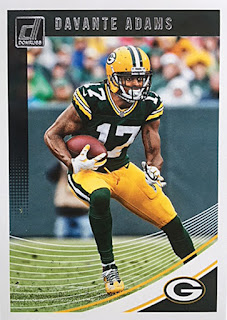 For Adams, who won’t turn 26 until Christmas Eve, the future is as bright as the sun. Expect the Packers to continue to lean on him as they battle for an opportunity to play in January.

Seven Inning Stretches
Packers players with the most receptions in their first seven games of a season.

Route 66
Packers with 250 or more receptions after their first 66 regular-season games.