TUESDAY TIDBITS: Gonna Get You Twice 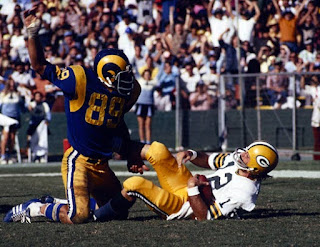 This past Sunday three times teams recorded safeties in the game. Luck fumbles out of bounds out of the end zone, Barber being tackled by Coley of the Browns, and Cory Littleton of the Rams blocking a punt out of the end zone. As impressive as Littleton's play was; he falls short of October 21st, 1973 when Fred Dryer sacked two different Packer quarterbacks in the end zone in the same quarter in the Ram victory. Doubt if we ever see any player get two safeties in the same game, let alone the same quarter. 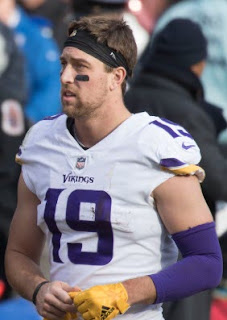 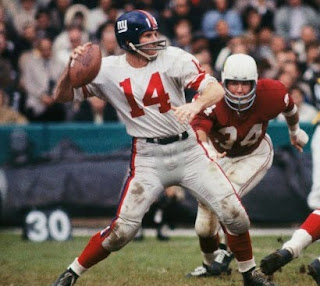 Since I mentioned a receiver in '62, this coming Sunday marks the anniversary of Y.A. Tittle throwing 7 touchdown passes against the Redskins for 505 yards, and of course, his main target was Del Shofner with 269 yards. Washington plays New York this Sunday, but doubt either quarterback throws for seven scores.

Finally, all of us here at the Journal are doing a story on the season of 1968 since it is the 50th anniversary of that compelling season. Jeff Miller and Joe Zagorski have already written superb stories on AFL games that year. Hopefully, time permits in all of your busy schedules and you will come back on Friday to read about the Shula/Allen rivalry and the game between the Rams and Colts of October 27th, 1968.
Posted by TJ Troup at 3:44 AM