By Eric Goska
There are football games in which nothing out of the ordinary happens statistically.

Then there are football games such as the Packers-Lions game of Monday Night.

Mason Crosby kicked a 23-yard field goal as time expired to lift past 23-22 at Lambeau Field. The contest was filled with enough drama and numerical oddities to satisfy just about everyone.

Much transpired in this battle for supremacy in the NFC North. We’ll take a look at three items of note. 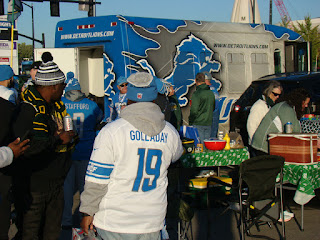 First and
Matthew Stafford has played in 18 regular-season games against the Packers. Never had he nicked for as many first-quarter passing yards as he did in this one-point contest.

handed off to Kerryon Johnson on the Lions’ first offensive play. Johnson then pitched back to who lofted a 66-yard pass to Kenny Golladay. Minutes later, Matt Prater kicked a 26-yard field goal and led 3-0.

On the first play of the Lions’ next offensive series, let fly a 58-yarder to Marvin Hall. Seven plays later, Johnson plowed into the end zone, and the Lions went up 10-0.

’s passing line in the first 15 minutes was impressive. He completed eight of nine throws for 168 yards.

In reaching that total, he bettered Jon Kitna’s record for the most first-quarter passing yards by a Lion in a regular-season game against . Kitna collected 163 yards in a 31-24 loss in in 2006.

also became the first Lions passer to complete two passes of 50 or more yards in the opening quarter against the Packers. Bob Celeri of the New York Yanks (1951) and BobbyHebert of the Saints (1986) are the only two players besides Stafford to have completed two passes of that length against in the opening 15 minutes of play.

cooled considerably after the first quarter. He completed just 10 of 23 passes for 97 yards in the final 45 minutes.

Zero to 160 in 15 Minutes
Quarterbacks who threw for 160 or more yards in a first quarter of a regular-season game against the Packers. 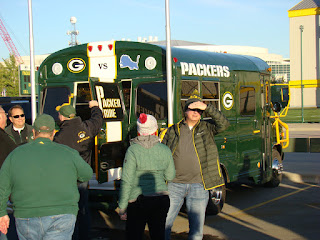 Touching Down on Third
The Packers’ struggles on third down this season have been well documented. Most of the coverage has focused on the team’s conversion rate which was just above 30 percent heading into Monday night.

While that rate is low, the fact that the team had not scored a touchdown on third down through five games was more compelling.

Aaron Rodgers has been ’s starting quarterback since 2008. In eight of the last 11 seasons, the team scored at least one touchdown on third down in the season opener.

Historically speaking, it is quite rare to not reach the end zone on third down at least once in the first five games of a season. The only other Packers teams to have failed in that regard were the 1926, 1949 and 1986 clubs.

In 1949, ran 657 offensive plays before scoring its first third-down TD. The 2019 outfit has the honor of having run the second-most plays (373) before breaking the ice.

The streak finally ended in the fourth quarter. Rodgers dropped a 35-yard pass into the arms of Allen Lazard who scored to cut the Lions’ lead to 22-20 with nine minutes, three seconds remaining.

The reception was just the second of Lazard’s career. The 6-foot-5 wideout led the Packers with 65 receiving yards.

Third-Down Droughts
Most consecutive offensive plays by the Packers at the start of a season without a third-down TD play.

A Positive Return
Eighteen days after suffering a concussion against the Eagles, Jamaal Williams returned to action. His performance earned positive reviews in more ways than one.

Williams charged to 104 yards rushing on just 14 carries. His 45-yard burst was the evening’s longest run and it set up Mason Crosby’s 37-yard field goal that pulled the Packers to within three points of the Lions (13-10) just before halftime.

Surpassing 100 yards rushing in a game is special. A player who does so while gaining at least one yard on every carry without a fumble is said to have produced an all-positive 100-yard outing.

The concept is simple. Making it happen is not.

There have been more than 200 instances of running backs gaining 100 yards in a game for the Packers. The number of AP 100s is much smaller at 13.

But Williams went beyond the standard AP definition. He gained at least two yards every time out.

Call it a second level AP 100. Williams is only the second player in team history to record one, and the first in 80 years.

Those players previously mentioned? All but Uram were held to just one yard at least once while assembling an AP 100.

Williams came up with some tough yards as the Packers made their way down the field in the closing minutes. Then, when the Lions were going to allow him to score from the 11-yard line in order to get the ball back, Williams gave himself up and dropped to the ground three yards short of the goal line.

The move cost Williams a rushing touchdown. It also allowed Green Bay to run the clock down to two seconds before calling on Crosby who delivered the game-winner with no time left for the Lions to retaliate.

All-Positive 100s (Level Two)
The two Packers backs who gained 100 yards rushing in a regular-season game without fumbling, and who picked up at least two yards on each of their carries.