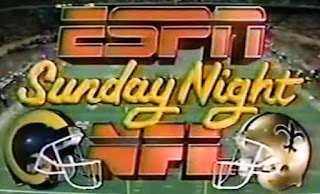 On November 26, 1989, on Sunday Night Football the Rams beat the Saints 20-17. However, the big news (historically) was that wide receiver Flipper Anderson had 336 receiving yards, breaking the record held by Stephone Paige of the Kansas City Chiefs who had 309 yards in a Week 16 game on December 22, 1985. 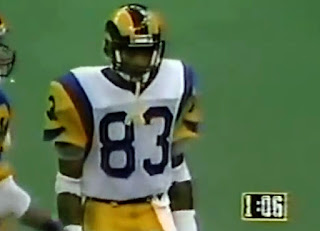 Though the Rams threw for 415 net yards, the going was not easy. The pass rush of the Saints was relentless, sacking Jim Everett five times and hurrying him a lot more, seemingly every play. Late in the game the Saints took advantage of starting right tackle Jackie Slater being hurt in the fourth quarter and rushing his replacement Robert Cox hard and brought Pat Swilling over from the opposite side to achieve that pressure in the last two minutes and overtime. 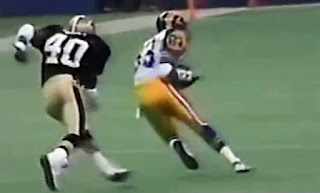 In addition starting split end Henry Ellard missed the game with an injury living Anderson as the most viable outside threat rather than a pair of good outside receivers.
Anderson had four catches in the first half for 85 yards (including a 43-yarder on a blitz where most of the yardage was after the catch) which would be a good game for him, based on his typical stat line. (At his peak in 1989-90 he averaged 3 catches for 70 yards per game). 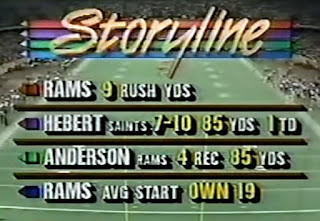 He caught a pair of passes for 20 yards early in the third quarter and late in that quarter he hauled in a 50-yard bomb from Everett taking his totals to seven catches for 175 yards.
In the fourth he again caught two passes for thirty yards early in the quarter but as the Rams were mounting a comeback (as that point they trailed 17-3) they targeted him more and more and he hauled in another bomb, this one for 46 yards to the Saints four-yard line and the Rams found the end zone a few plays later, making the score 17-10 in favor of the Saints.
The Rams kicked off and the defense held the Saints and they had to punt and thus the Rams had the ball, trailing by seven with 2:04 left in the game.

The Satins rush never let up and it forced plenty of errors. On first and ten the Rams left tackle was called for a false start. On the next play, Everett was sacked. On the play after a short gain was nullified by a holding call on the right tackle. Making in 2nd and 32.

Anderson caught a 14-yard pass to the fifteen-yard line and then on the next play he caught the game-tying pass from Everett. So, it seemed overtime was likely.

However, the Rams held the Saints again and had the ball at their own 41 (after a poor punt) with 22 seconds remaining in regulation.

Everett tried Anderson again and was successful, completing a 26-yarder to the Saints 35-yard line and the Rams offense hurried and spiked the ball to give Mike Lansford a shot at a game-winner.

At 52 yards the field goal try was at the outer range of Lansford's skills and he missed the attempt and the game went into overtime. Through the end of regulation, Anderson tallied 13 catches for 296 yards and a touchdown and overtime set the table for him to be able to break the record.

The Rams kicked off and for the fourth straight series the Rams forced the Saints to punt in four plays or less and the Rams had the ball one their own 15 in overtime.

Again, a Rams tackle was penalized and the Rams had to begin the drive at the seven. Everett targeted Anderson and this time he drew a 35-yard pass interference penalty. 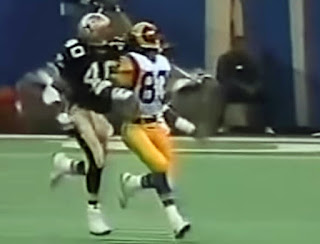 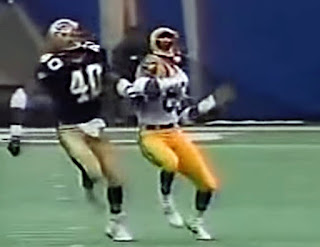 The Rams drove the ball mixing in runs and passes (Anderson had 2 for 40 yards) and on 3rd and 11 Everett hit Flipper for 26 yards to take the Rams to the 14-yard line where John Robinson called in Lansford to kick the game-winning field goal, which he did. 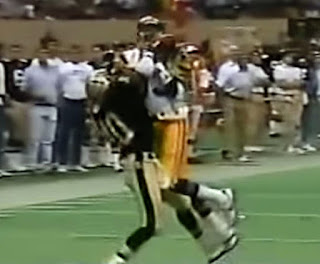 Here are the final stats. 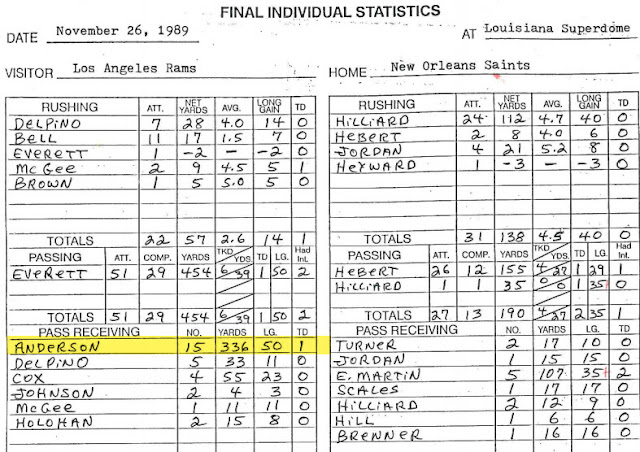 Anderson's record still stands. Calvin Johnson came close a few years back, but for the NFL 100th year celebration it's good to remember Flipper's big game. It was special.
Posted by John Turney at 6:31 AM