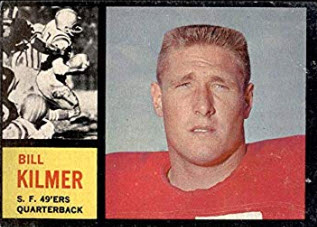 While TJ Troup is working as the football technical advisor for the upcoming Hollywood film Twelve Mighty Orphans and hobnobbing with Robert Duvall, Martin Sheen, and Luke Wilson and the like he shoots us an email stating that he'd watched ESPN this morning and the topic was Lamar Jackson and his rushing performances and comparing him to other quarterbacks. He wasn't pleased.

Only Michael Vick (10), Russell Wilson (4), and Lamar Jackson (4) have more 100-yard rushing performances than Kilmer (There are six tied with three).

Certainly, this deserved a mention by ESPN, no? TJ sure thinks so.
Posted by John Turney at 5:29 AM