LOOKING BACK
By John Turney
Through six games the Buccaneers new hybrid 3-4 defense is making a mark in run stopping by allowing 2.89 yards a rush, best in the NFL so far this season. 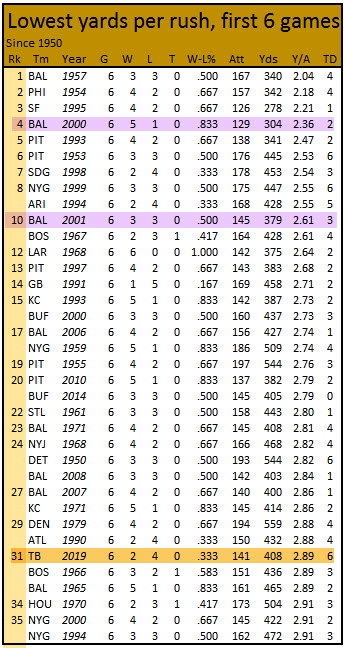 Bucs defensive coordinator Todd Bowles changed the 4-3 defense the Bucs had run for years into a 3-4 one-gap defense allowing Vita Vea to plug the middle and Ndamukong Suh to play three-technique full time. Suh was a nose tackle with the Rams in 2018 and a left defensive tackle with the from 2010-17 with the Lions and Dolphins. As a left tackle, he played both three-technique and a shaded nose tackle, depending on the strength of the offense and the front call (over or under) of the defense.

This year, based on film study, Suh is almost always over a guard at three-tech (similar to Aaron Donald for example). It seems to be paying dividends.

William Gholston is the base end who doesn't play on pass downs does a find job at stacking and shedding tackles to create piles and contribute to the success of the run defense. Every team needs a player like him.

The linebackers get good rush (Barrett has 9 sacks) and find the ball. Now, if the pass defense can rise to the level of the run defense, they'd be quite formidable.