IT STARTS WITH A WHISTLE: Steve Sabol 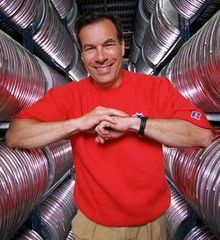 Life here in Fort Worth Texas has been eventful—more on that at the end of this essay. Today would have been Steve Sabol's 77th birthday. So many folks respected him and I sure miss my conversations, and communication with him.....he was and still is a visionary.

Not many of those around today. I sure hope the Hall of Fame Blue Ribbon Committee that is responsible for the Centennial Class of Hall of Famers is giving him a fair discussion, he deserves to be in the Hall of Fame.

Though I am still involved in watching the games each week; I cannot do in-depth since my library is in Kentucky. That said, will go to my tried and true, and a stat Steve relished discussing with me—the defensive passer rating.

No stat tells all except points scored and allowed, yet this stat is a tool that has served me well. The top 10 teams in this category have a combined record of 28-10-1.
The Patriots probably cannot sustain the suffocating team pass defense they are playing, yet they sure are flying to the ball, and have seen virtually no mental errors in coverage. I will have more on them in December when I return home.

The bottom three teams in this category have a combined record of 0-12. Yeah, yeah, I know and have heard it all before how this stat is meaningless. Ok, explain the Dolphins pass coverage, and define "meaningless".

Next up, since 2002 when the league aligned in eight divisions only twice has a division recorded at least 40 wins. 2007 AFC South with 42, and in 2013 in the NFC West with 42. After four weeks the NFC North has 10 wins....can they keep up the pace? No doubt the strongest division this year.

Last week in the Coliseum they were outscored by Tampa Bay after losing to the Patriots last February. Maybe I should have seen this coming?

No doubt Wade Phillips did not. Closing out the essay is a short update on the movie "12 Mighty Orphans". The young actors have had eight days of camp so far, and much has been shared with them concerning the nuances of the game at the high school level in Texas in 1938. The young actors are a very likable group and will know the progress tomorrow morning when the director (the distinguished Mr. Ty Roberts) shows up to watch the plays being run. Stay tuned.
Posted by TJ Troup at 11:52 AM