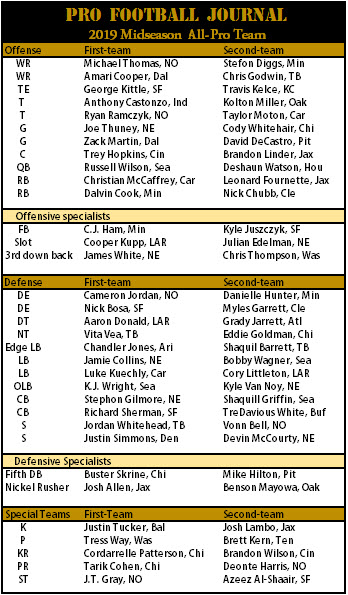 Midseason All-Pro teams are flawed because just eight games (for the most part) have been played and a couple of big games can skew stat totals. But, we do it anyway because it also a fun exercise. So, we talked to people we know and studied as much film as we could digest and made our picks. 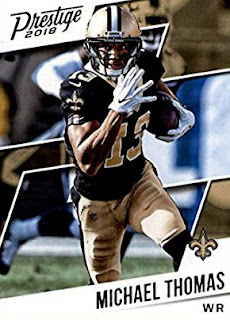 Michael Thomas and Amari Cooper are our outside receivers and Cooper Kupp is the slot. Certainly many times these roles interchange but we are going with these three. We will see were they are at the end of the year. The Second-teamers are Stefon Diggs, Chris Godwin, and Julian Edelman as the inside receiver.

Tight end is tough because the numbers go to Austin Hooper of Atlanta. However the 'eye test' goes to George Kittle and Travis Kelce. We will follow this close, but we think Kittle is the most complete tight end but Kelce has the edge in the numbers. It's really a toss-up but as of now, we will go with Kittle then Kelce.

Anthony Castonzo of the Colts and Ryan Ramczyk of the Saints are the midseason All-Pro tackles. At guard, we are going with Joe Thuney and Zack Martin. Trey Hopkins of the Bengals is the best center we've seen. Hopkins is a standout on a poor team.

Backing those five up are tackles Kolton Miller of Oakland and Taylor Moton of the Panthers (who edge out Ronnie Stanley who is having a great season), guards Cody Whitehair of the Bears and David DeCastro, and center Brandon Linder of Jacksonville. Whitehair is also part of units that are struggling but he's played well after moving to guard this year from center, where he was also a solid player. 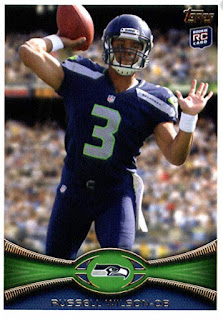 Russell Wilson and Deshaun Watson are the top two quarterbacks, but Aaron Rodgers is close as is Patrick Mahomes who has been hurt. Wilson also edges Watson as the first-half MVP but it's not a clear cut pick. Watson is very near Wilson in a lot of stats and is just one QB Win behind. The only substantive difference in the "numbers" is Watson has thrown more picks.

We will say that the eye test has us very nearly picking Watson over Wilson. It will be a good race the next two months to see if Watson can keep his current pace going. And when Mahomes returns he will also jump in the All-Pro First-team/MVP race as well. 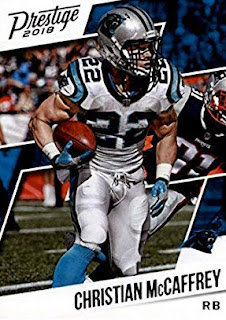 The running backs are easy—Christian McCaffrey of Carolina and Dalvin Cook of Minnesota. Backing them are Leonard Fournette of Jacksonville and Nick Chubb of the Browns.

Specialists are C.J. Ham of Minny and Kyle Juszczyk of the 49ers at fullback and the third-down backs are James White of the Pats and Chris Thompson of Washington. Juszczyk has been hurt and that is why we regulated him to the Second-team. We will reevaluate at the end of the year to see if Juszczyk can play enough games to qualify for the end of the year All-Pro team.

Tes, we know that's three running backs. But All-Pro teams have chosen 2 runningbacks forever and from the mid-1990s to the mid-2010s the AP chose three running backs. We just follow suit. But if you want to be a purist, go with McCaffrey on First-team and Cook on the Second-team. 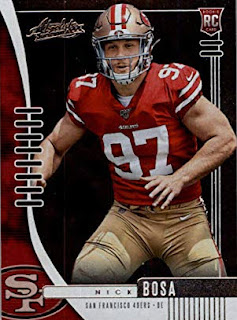 Edge rushers are deep so far this year. One could pick any one of a half-dozen and not be wrong. We're going with Cameron Jordan of the Satins and 49er rookie Nick Bosa on the First-team and Danielle Hunter of the Vikes and Myles Garrett of the Brown on the Second-team. Garrett got docked for having a "knucklehead factor" of committing too many serious penalties. JJ Watt is out for the season but he's leading the NFL in QB hits, so we give him an honorable mention. We also give Joey Bosa an honorable mention. As we said, it's a good year for edge rushers.

Inside we toyed with going with Grady Jarrett but Aaron Donald is just better. Jarrett was making more plays the first month or so of the season but Donald, drawing double-teams, has 7 run stuffs and 5 sacks and does things no one else does. Jarrett is his back up and he has 44 tackles and three sacks and 6 stuffs.

Vita Vea is our nose tackle. He's the anchor of the NFL's best run defense. And so far, we like the Bears Eddie Goldman as his backup on the Second-team.

Out rush linebackers (nickel ends) are Chandler Jones and Shaquil Barrett.  Za'Darius Smith of Packers is a high honorable mention and could easily be one of the top to LB-edge guys. Jones has 8.5 sacks and is tied for the league lead in forced fumbles with four. Barrett started hot with 9 sacks in the first four games, but just one since.

Jamie Collins of the Pats and the Panthers  Luke Kuechly, Car are our inside (off-the-ball) linebackers followed by Bobby Wagner of Seattle and Cory Littleton of the Rams.

Collins is in the conversation for Defensive Player of the Year. Collins has 44 tackles, six sacks, 3 picks, 2 FF, 1 FR, and 4 PDs at midseason. Kuechly is playing a slightly different position this year as a hybrid 3-4 inside linebacker but they play a lot of 4-3 as well. And he's been as effective as ever and totals 72 tackles, has two picks and six passes defensed.

Bobby Wagner, like Kuechley, is his usual All-Pro self. Cory Littleton is always around the ball, is always on the field. He has 66 tackles, 1.5 sacks, 1 forced fumble, 2 recoveries, 2 INTs and 8 passes defensed. Eric Kendricks gets a thumbs up as well.

As a pure outside linebacker, we are choosing K.J. Wright of Seattle for the First-team and Kyle Van Noy of the Patriots for the second-team. Wright is fun to watch, he's asked to do a lot of things as is Van Noy. Like Jamie Collins, Van Noy plays more than one position. Van Noy plays on the edge a lot but also off the ball. Collins is also hard to pigeon-hole playing both inside and outside. 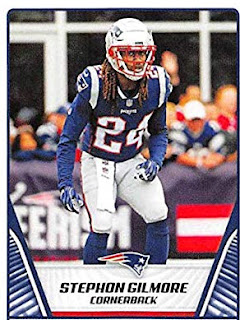 Stephon Gilmore of the Patriots is our top corner and our midseason Defensive Player of the Year. and Richard Sherman of the 49ers are the First-team corners. Sherman was hardly tested last year, this year they've tried and he's picked off thee passes so far.

The two great backups are Shaquill Griffin of Seattle and Buffalo's TreDavious White. We also have the Panthers James Bradberry is a high honorable mention. There are a couple more corners having a good year.

Justin Simmons of the Broncos and Jordan Whitehead of the Bucs are the top two safeties and we have the Saints Vonn Bell and the Patriots Devin McCourty back them up.

The Broncos defense is not what it used to be but Simmons is a good tackler and plays excellent coverage. McCourty usually plays deep but in some sub defenses he's near the line of scrimmage or even will cover from the slot. Whitehead and Bell both a lot near the line of scrimmage are good tacklers and can blitz. Whitehead is a hitter, a throwback (as much as possible) to an earlier era. 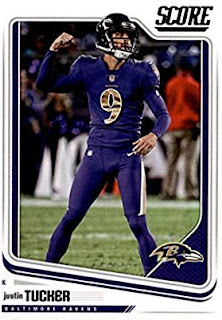 Justin Tucker is the top kicker followed by Josh Lambo. Those were easy choices. Tress Way is the #1 punter and Brett Kern edges out several others for the Second-team slot. Johnny Hekker, who we think is the G.O.A.T. is having an off-year, ranking in the low 20s in most of the major metrics we look at. He's still first all-time in those same metrics but this season is not helping his career rankings.

The Bears pair of returners Cordarrelle Patterson and Tarik Cohen are the kick- and punt returners, respectively. They are backed up by Brandon Wilson of the Bengals (KR) and Deonte Harris of the Saints (PR).

Out top special teamer so far is J.T. Gray of the Saints and his backup is Azeez Al-Shaair of the 49ers.  Jalen Reeves-Maybin could really be tied with Al-Shaair. Gray has seven special teams tackles and a blocked punt that resulted in a safety. Shaair has six tackles and is on the Niners' top ranked coverage teams. Reeves-Maybin has eight tackles and a forced fumble and a recovery on coverage.
Posted by John Turney at 2:24 PM