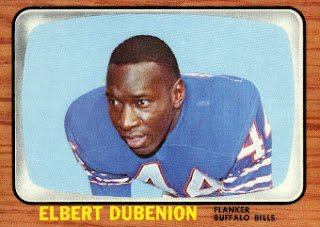 Like quite a few AFL players Elbert Dubenion was drafted by and NFL team (Cleveland Browns) but made his mark in the new league. And make a mark he did.

He was a wide receiver with tremendous speed and in the new league that passed the football as much as it did he was a true deep threat, among the best in the league averaging 18.0 yards per catch for his career. 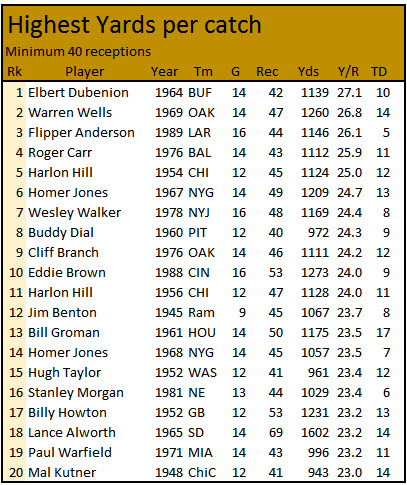 We bid farewell to "Golden Wheels" and celebrate his accomplishment which is not a small thing—the have the highest yards per catch ever for a 40-plus catch season.
Posted by John Turney at 6:23 PM