TEXAS ADVENTURE COMPLETE: Back to the NFL 2019 Season 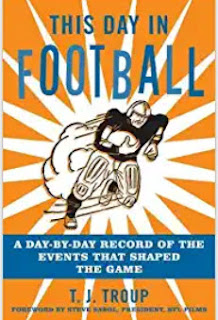 My Texas adventure is now complete, and down the road when the film is about to be released to the public will tell the saga from my point of view.

Back in my routine, and we are at the 3/4 pole of this season, and is about damn time I contributed to the Pro Football Journal.

Where to start? How about with my favorite stat; the top seven teams in the defensive passer rating category (The Sexy Seven) have a combined record of 66-18, and all four teams with 10 wins are in this category.

So, until the stat is not viable, you are gonna hear about who is playing top-notch team pass defense. Today is an anniversary date—and in my first book This Day In Football I detailed that on December 5th there were two fascinating statistical performances. 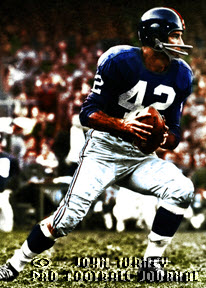 The first and still the record; rookie Chuckin' Charley Conerly completed 36 passes against the Steelers in a losing performance. Even with so many rookie passers filling the air with footballs, Conerly still holds the rookie record 71 years later.

Yes, truly believe Conerly should have received more consideration for Hall of Fame induction honors. The other stat is a combined team stat. The defending champion Cardinals of Chicago, and the lowly '48 Packers combined to run the ball 108 times in a game!

Now that is a combined team stat that will probably never be broken based upon the strategy of the game as it is played in 2019. Finally, tonight we have the Bears taking on the Cowboys, and one of the teams goes over .500, and the other falls below .500. 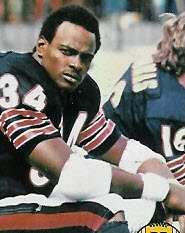 During '77 the Tonka Truck known as "Sweetness" literally carried the Bears on his back to a wild card berth. Chicago's opponent the future Super Bowl Champion Cowboys; and the game was a route. During 1979 Dallas beat the Bears in the regular season, and both teams were knocked out in the their first playoff game.

During 1985 the Bears crushed the division champion Cowboys in the regular season as Chicago was not going to be denied on their path to their only Super Bowl victory. Dallas lost to the Rams in a game Doug Smith detailed to me when we coached together at Orange Coast College.

Watching film of the game truly shows that Doug knew what he was talking about. Finally, 1991 as the Jimmy Johnson Cowboys on the rise beat the Bears 17-13. The game was very painful to watch for any fan who cherishes navy blue & burnt orange.

Steve Beuerlein completely outplayed Jim Harbaugh, and the Dallas defense recorded 3 sacks and 3 takeaways. Painfully I know first hand about Mr. Beuerlein of Servite High School, and what he did to me in 1980 & 1982 during my time at Mater Dei High School. Those memories have not faded with time, and many, many coaches can always reflect back on championship game losses.
Posted by TJ Troup at 9:53 AM