Flush with Opportunity, Chicago Comes Up Short at Lambeau Field 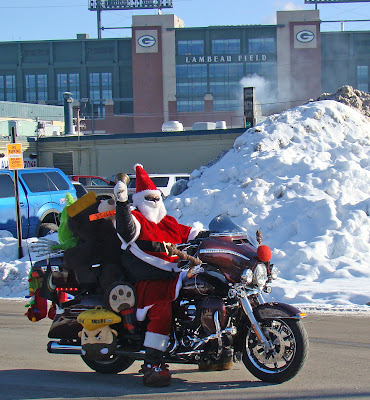 Had enough of the Bears? Had your fill of Mitch Trubisky?

Sunday, the Packers were forced to deal with their rival’s offense more so than in almost any previous game in this long-standing series. This frequent contact included a record-setting fourth quarter in which the Packers narrowly survived 21-13.

No one likes a guest who won’t take no for an answer. But that was in this the 200th meeting between the teams.

Whatever the score, whatever the circumstances, the men from the kept returning for more.

The Bears ran 83 plays at Lambeau Field. That was 25 more than the Packers.

The Bears mounted four drives of 10 or more plays. The Packers had none.

The Bears dispensed with their three-and-outs before the fourth quarter began. The Packers birthed four in the game’s final 15 minutes

Much of its attack came from the right arm of Trubisky. Limited to small gains on the ground, the Bears reeled off 56 passing plays.

That’s a record for them in the series.

It all came to a head in the final quarter. That’s when the Bears unleashed a torrent of plays that sent the Packers reeling.

Of course, had ’s offense not gone missing, the outcome wouldn’t have rested solely in the hands of its defense. But Aaron Rodgers and company opted out when they came up with minus-5 yards on the team’s final four third-down plays.

Early on, it was the Bears that struggled to get going. When their offense took the field with three minutes, 33 seconds left in the third quarter, the club had but 164 yards on 42 plays (3.9 average) and three points.

The Bears were ready to play.

had the ball four times in the final 15 minutes. It unleashed 31 plays and generated 190 yards and a touchdown.

The Monster of the Midway collected 10 first downs. They overcame four third downs, three under their own power and one with the aid of a holding penalty.

Never had the Packers given the Bears’ offense so many fourth-quarter opportunities. exceeded by two its previous high established in a 28-6 loss on Dec. 3, 2000.

Somehow weathered the storm. Defensive lineman Dean Lowry came away with an interception to squelch drive No. 2. Trubisky misfired four straight times from the 49 to end drive No. 3.

But when the Packers failed to run out the clock after those Trubiksy incompletions, was afforded one last opportunity. The team took over at its own 22 with 36 seconds and no timeouts left.

There, Trubisky launched two passes. The first was tipped by cornerback Jaire Alexander in the end zone where receiver Riley Ridley was unable to corral it. The second was a dump-off to running back Tarik Cohen that spawned two laterals and a fumble. Cornerback Tramon Williams—who had been flagged for holding earlier – recovered the ball a scant two yards from the goal line.

At that moment, Lambeau Field could have frosted over as Packer Nation collectively exhaled.

Trubisky was at the center of much of what transpired. His 53 pass attempts were the most by a Bears passer in the series. He became the first quarterback to throw for 300 yards (334) in a December game at Lambeau.

Yes, got more than its share of the Bears Sunday. The extended face time added yet another element to a rivalry that rarely lacks for drama. 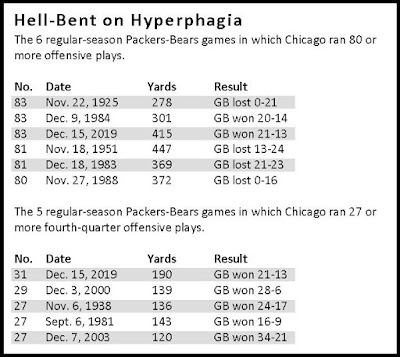