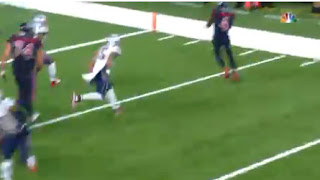 In the Sunday Night Football game tonight there was a play in which at first it appeared that Deshaun Watson ran for a touchdown on a pitch from DeAndre Hopkins.

It was ruled a forward pass and thus Watson was credited with a touchdown reception. It was the first of the season. 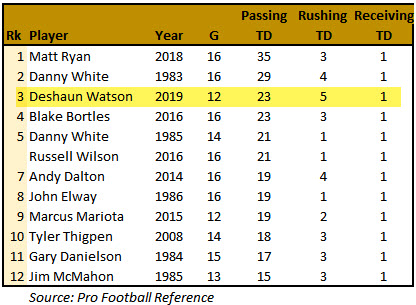 Folks are saying Lamar Jackson is the frontrunner for the MVP and that is likely true. But there still a month of games left, so let's see all of them. Don't sleep on Watson, he's still in the race in our view.
Posted by John Turney at 8:30 PM