Jordan Phillips is One Sack from 'Big-man' Sack Record 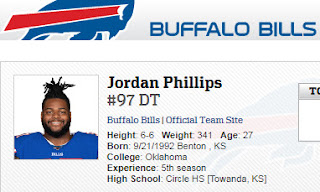 Earlier in the season, we posted that Jordan Phillips was the heaviest player (listed weight) get to have three sacks in one game.

He's continued his sack hunt and now has 9.5 sacks on the season. One more and he'll pass former Bill Marcell Dareus (who was listed at 331 pounds) more the most sacks for someone over 330. 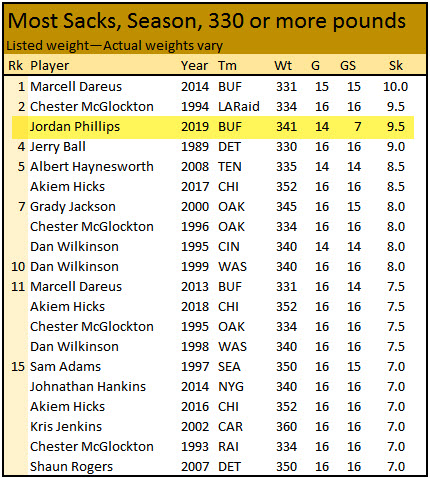 Pre-1982, the year sacks became official, there were not any listed weights of over 330 pounds. It's possible a couple of players reached that weight, though then 300 was considered too heavy, even for a defensive tackle.

So, Phillips is making his mark as the big man sack machine.
Posted by John Turney at 1:13 PM