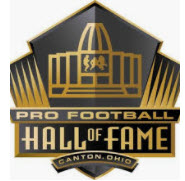 Drew Pearson and Tom Flores are the two who emerged and will almost certainly be voted into the Hall of Fame the day before Super Bowl Sunday.

The next nominee for the Class of 2021 is the contributor. which we think will be selected in a month or so, if past precedent continues. (Update: We're told the selection meeting will be August 25, not late September).

Since only the HOF contributor committee knows who is eligible based on the preliminary lists, guessing who the nominee will be is difficult. But based on media reports and gaging support that way we will take a stab at it.

Since the inception of the contributor's category, it has been dominated by owners, which is was NOT (it was written at the time) supposed to be.

But, when looking at this category one has to put owners first.

Robert Kraft, Bud Adams, Art Modell, Clint Murchison, Carroll Rosenbloom, plus others would some of the owners that will be considered and likely more.

Kraft would be it, we'd guess if not for a little issue at a massage place in Florida. We'll guess he's out for now but will get in in the next cycle or two.  Murchison and  Rosenbloom are old schools and though both have all the credentials of some of the modern owners they always get left behind.

Modell has had a lot of chances and he just comes up short so we'd not guess him. That leaves Adams as the owner with the best shot this year.

The GM-Types might include Carl Peterson, Dick Haley, Joe Thomas, John McVay, Don Klosterman, and maybe Amy Trask among others.

Trask should win the Hall of Fame Pioneer Award, she's not Hall of Fame material as a general manager but her role as a pioneer ought to be recognized.

We don't think any of these will be the selection.

Next, there are "scouting types" and this is where it is interesting. Bill Nunn, Eddie Kotal, John Wooten, Mike Giddings, Lloyd Wells, Bucko Kilroy, or even Jack Vainisi have a shot. Nunn has been written about a lot as has Lloyd Wells.

It is possible one of those two is the pick, likely Nunn, though Wells may have a slightly better resume but it is a close call—debatable either way.

NFL game officials are also supposed to be considered as per the original Hall of Fame charter. Art McNally, Jerry Seeman, Jim Tunney, Jerry Markbreit, and Norm Schachter are the ones who we immediately think of. Ben Dreith and Red Cashion also seem to have the "right stuff" in terms of credentials to be considered for the Hall of Fame. Our preference might be Tunney but McNally gets more ink.

Two we like that are long shots are Seymour Siwoff and Ralph Hay (top credential is being an NFL co-founder. We've supported Siwiff because of his contributions to the game off the field and isn't that one of the major things this category is about?

Putting in owners and general managers in this category is kind of a backdoor in some ways because many previous owners and GM-types got in without needing a special category. We'd rather see officials or a scout or, yes, a statistician get this slot on occasion.

If you like football statistics, fantasy football, or analytics you would have them without the efforts of Siwoff and his company Elias Sports Bureau, you just wouldn't, he did so much for the "left brain" part of the game it is hard to list the accomplishments.

That said, we'd be happy and shocked if he emerged from this category (if he's even nominated!).

There are likely others—media types (Maybe a Roone Aldredge or Chris Berman) or public relations types but they've never gotten much traction before. Maybe someday one or two might emerge but for them the honor of "just being nominated" may have to suffice.

So, with Kraft on the back burner for another year or two, it is a good year for McNally or one of the scouts (Nunn, Wells, Kilroy, Kotal, Giddings) and really it is a special chance for Siwoff due to fact that most of the big-hitting contributors have gotten in recently leaving some of these with decent but not, let's call it "stupendous" resumes.