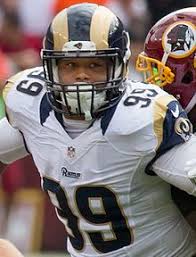 In the past, we noticed the number of big plays Aaron Donald was making and compared his fast start to other smaller/3-technique defensive tackles of the recent era.

We've also noted his sack totals and compared them to the best defensive tackles of all time and in his franchise's history. Here are the updates to those lists— 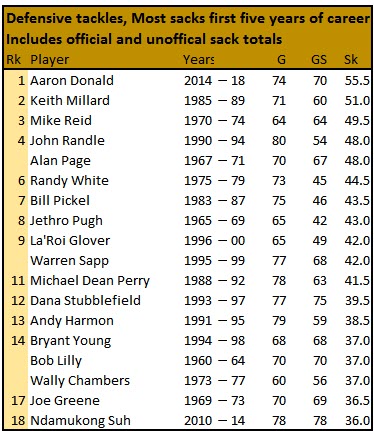 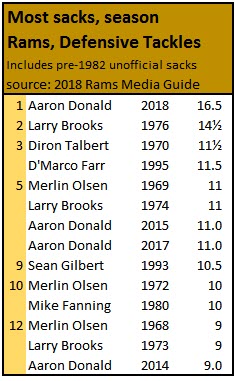 In this post we add one more chart. It is composed of recent All-Pro or near-All-Pro defensive tackles and their statistics in their first five years, noting that Donald still had four more games to go to finish his fifth season.

The highlighted number is the combined total of sacks and run/pass stuffs. Stuffs are tackles for loss, but counted the proper way, as Stats, LLC does it, not the NFL and Elias, which we feel is errant and does not measure anything.

In additions to being tops in stuffs and sacks, Donald is also first in forced fumbles. But we feel it is worth noting that he's 21.5 sacks/stuffs ahead of the next best on the list and 35.5 ahead of Warren Sapp and 40.5 ahead of John Randle, two Hall of Famers who were exclusive three-techniques, as Donald is.

Truly, Donald's performance has been rare. 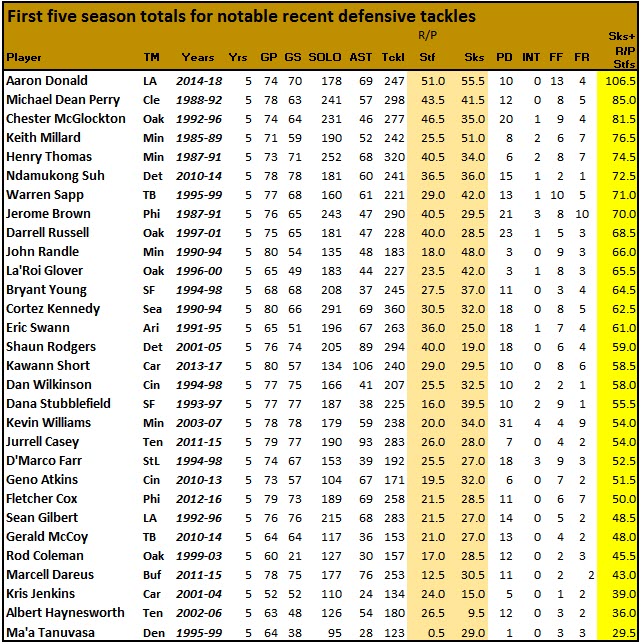