LOOKING BACK
By John Turney
We agree that Aaron Rodgers and Tom Brady got to the Pro Bowl more on reputation than on 2018 performance, though both have been fine, it's just that there are others who have had better seasons to this point.

But, it's not a new phenomenon. For various reasons there are Pro Bowl-worthy players who are not on the inital rosters. Sometimes a position is stacked so they miss out, other times someone may go on reputation and a better player is "snubbed".

In 1965 Jim Taylor was passed over by the coaches for Ken Willard and Bill Brown. But when you review the 1965 season, especially when the votes were tallied, Taylor was not one of the two top fullbacks in the Western Conference that season, if you go by the numbers. Of course, if you asked people then to say who they would want for their fullback in a big game, assuming all three were healthy, Jim Taylor would be the choice. 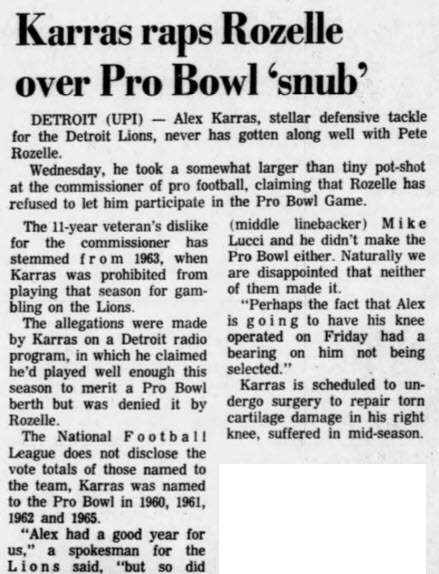 Karras didn't offer any proof of how Rozelle nixed it, but it is true the process for Pro Bowl voting is anything but transparent (still true today) and we've seen some oddities over the years, many attributable to the fact the Pro Bowl is a real game, not just an on-paper All-Star team and the league has to field a team and may have to make moves to ensure that.

In 1970 the 49ers offensive line allowed just eight sacks of their quarterback, yet none were voted to the Pro Bowl. Eventually, tackle Len Rohde played in the game as an injury replacement, meaning he was likely the first alternate—

In 1971 it was Garo Yepremian who was the wounded one— 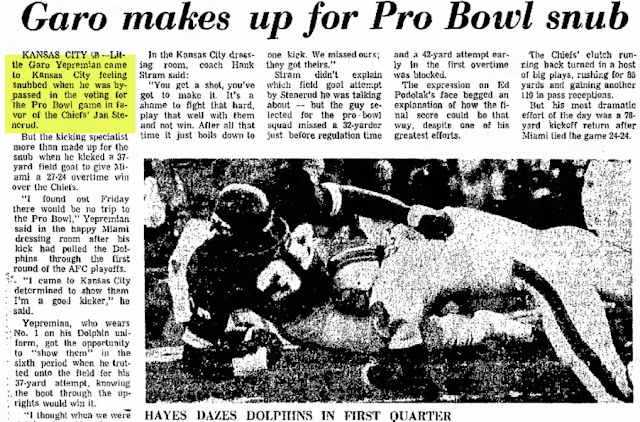 In 1972 Jerry Sherk and Walter Johnson were "snubbed"— 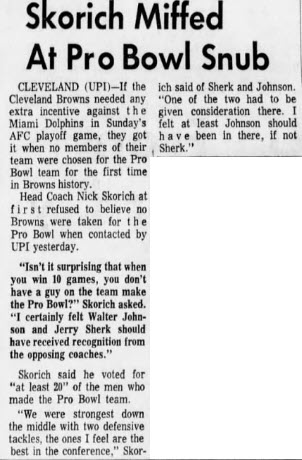 In 1973 Roger Staubach lost out to Roman Gabriel and John Hadl. It was a year when there were four Pro Bowl-worthy quarterbacks (those three plus Fran Tarkenton)— 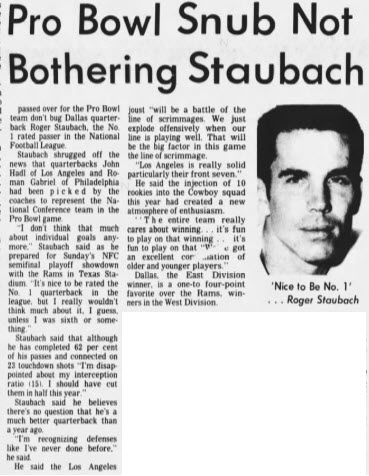 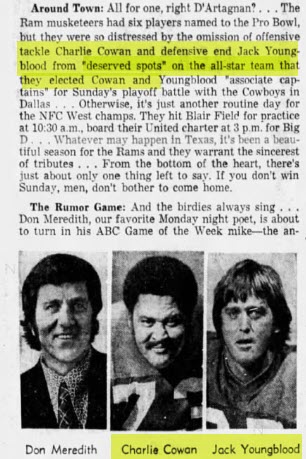 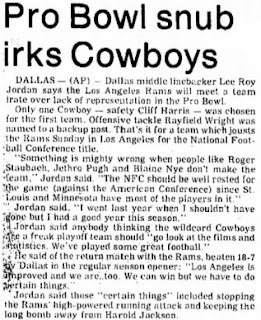 Dwight White had a great season in 1975, and he was slighted that year as well, but he was Second-team All-Pro, so some justice was done—

In 1977 the Bucs voiced their complaints about the snub of  Lee Roy Selmon. But so many others mentioned, Selmon did make the Sporting News All-NFC team, so his work was recognized by a major organization— 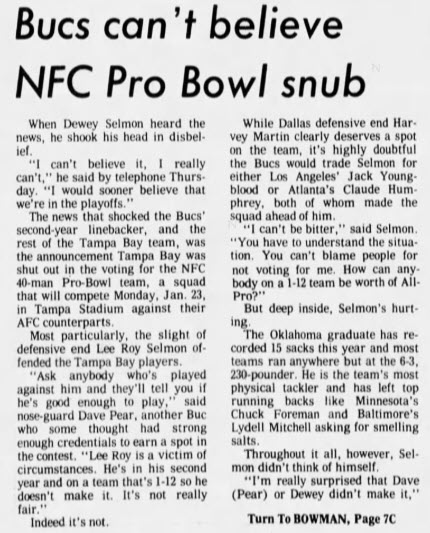 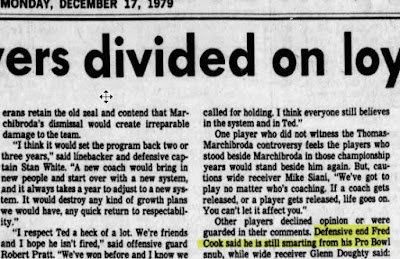 That same year, another defensive end, Vern Den Herder, felt the same as Cook and both had a case. Elvin Bethea, a Hall of Famer, didn't have a good 1979 season, ending it with 1½ sacks— 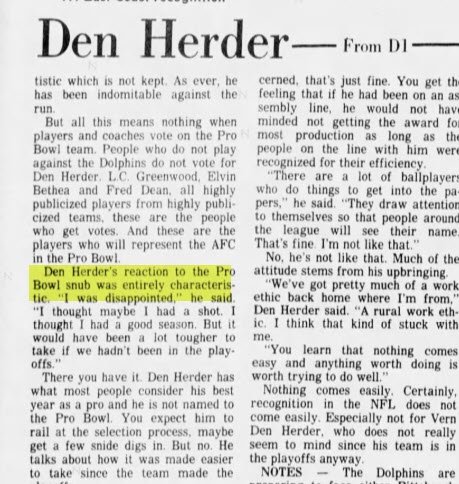 The Bears thought their 10-6 team had several players, especially offensive linemen that got snubbed— 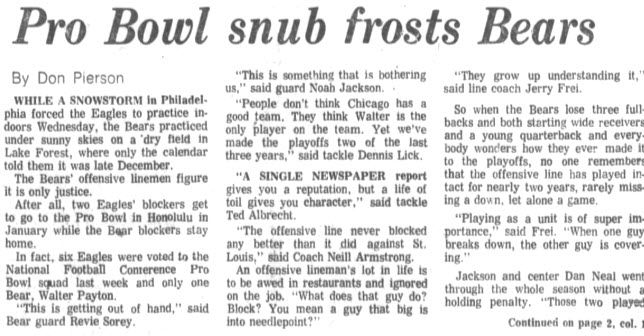 Eagle defensive end Carl Hairston, a fine run defender and had 15½ sacks, was one of the 1979 snubs as well— 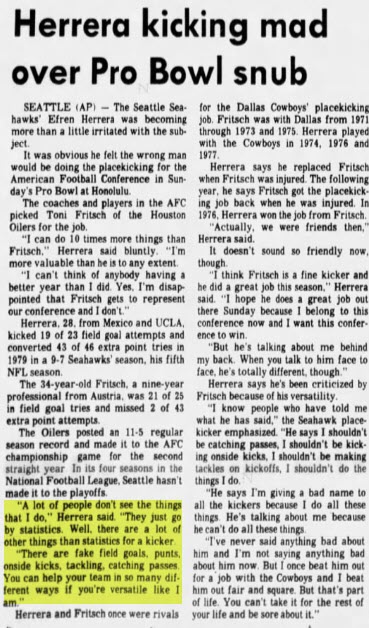 Colt guard Robert Pratt, who did get some recognition in 1980 was snubbed in the Pro Bowl voting, which he predicted—

So, as you can see, the snub has been around for a while, and while these cases may not be the only ones from that era, they give a flavor of the goings on in Pro Bowl voting over the years. So, this year's Pro Bowl snubs are in good company.
Posted by John Turney at 7:06 PM