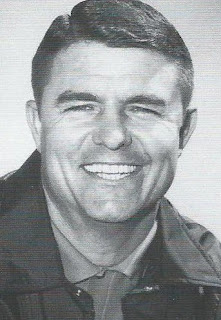 He then attended Austin College in Sherman, Texas.  and was drafted in the 19th Round of the 1957 NFL Draft by the San Francisco 49ers. After two seasons in San Francisco, he joined the Dallas Cowboys in 1960 for their inaugural season, playing both fullback and linebacker. After two years with the Cowboys, he spent two years with the Houston Oilers before concluding his professional playing career.

After retiring as a player, Duke coached four years at Austin College then and coached one season at SMU before moving on to be the defensive coordinator at Oklahoma State for three seasons.

Babb then got into NFL scouting, joining the Atlanta Falcons as a team scout. He subsequently joined National Football Scouting, eventually assuming the role of President. In addition, Duke was the Director of the National Invitational Combine.

He served in these roles for twenty-three years until his retirement. During that time, Duke trained and developed numerous scouts for NFL clubs, and was instrumental in transforming the NFL Scouting Combine into the event it is today. He was also on the Board of Directors of NFL Films.

When Babb was part of the team that was developing the NFL Combine it was little-known to the fans of the league. But it has become a major, integral part of the National Football League and Babb's contributions ought to be celebrated.