Who Was the NFL's First "Fearsome Foursome"?

LOOKING BACK
By John Turney
It's an easy question—'Numerical Nicknames for one thousand, Alex'.  "This team's quartet was the first NFL defensive line to be known as the "Fearsome Foursome"? Who are the Los Angeles Rams, Alex".  No, sorry, it's the New York Giants.

Yep. The term "Fearsome Foursome" was first used, we think, to describe golf teams as early as 1911 or maybe even before. It was used for some college football backfields in the mid-20th century as well.

But, for a football defensive line the New York Giants line of Jim Katcavage, Rosey Grier, Dick Modzelewski, and Andy Robustelli were described with that moniker in 1959 and perhaps before. 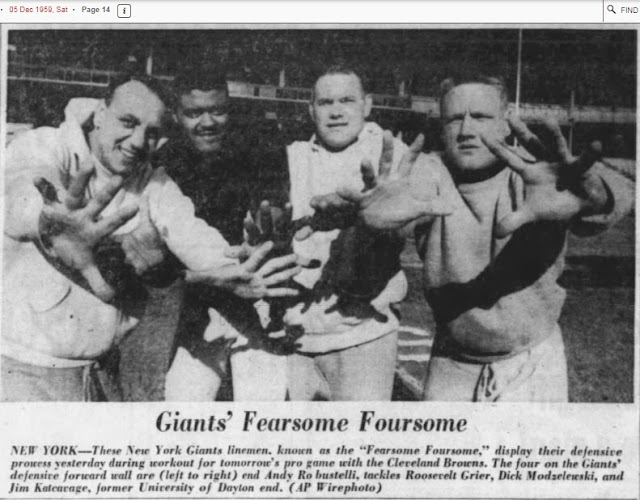 In 1961 both the San Diego Chargers and Detroit Lions had a defensive line also called in print the "Fearsome Foursome". 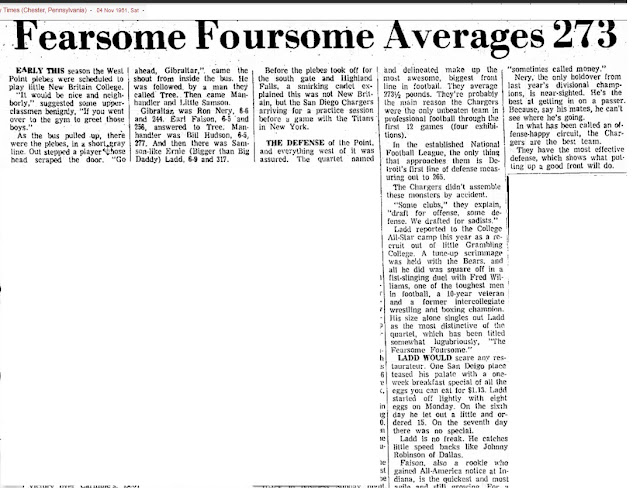 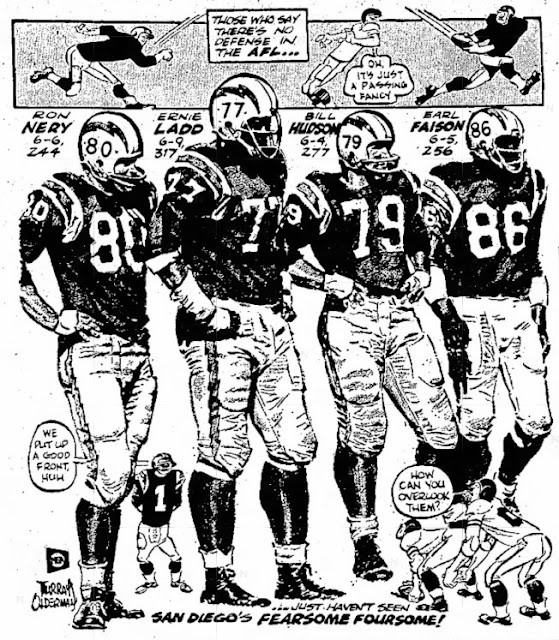 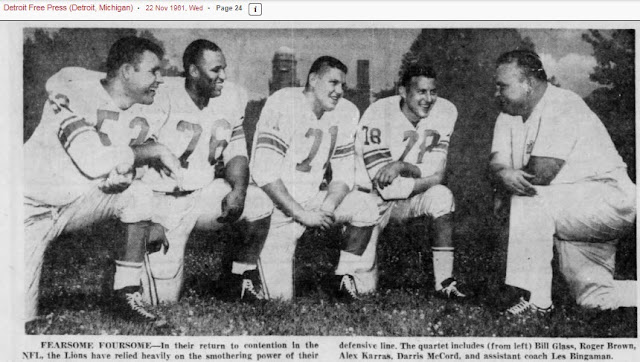 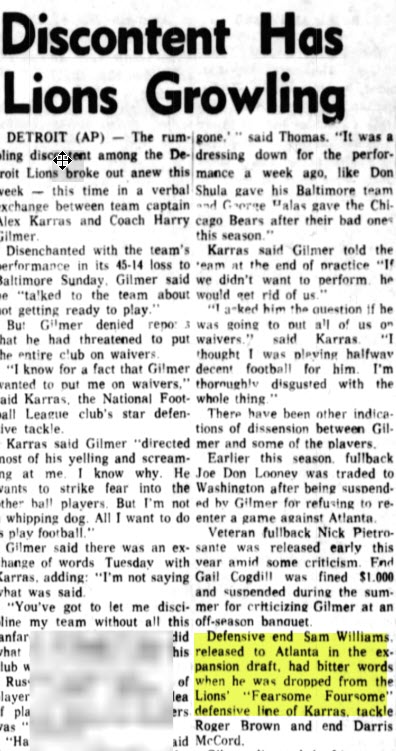 In 1963 Rosey Grier was traded to the Los Angeles Rams and the New York press noted the ending of the "Fearsome Foursome". 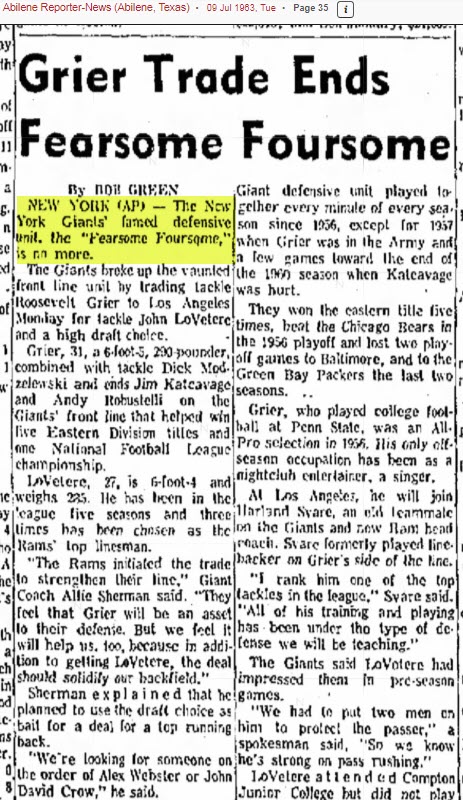 Near the beginning of the 1964 NFL season was when the first mentions of a Rams version of the nickname showed up in print. And it became the place where the nickname stuck and stands as one of the great nicknames and defensive lines of all time. Deacon Jones was the left end, Merlin Olsen was the left tackle, Rosey Grier the right tackle (replaced by former Lions DT Roger Brown in 1967) and Lamar Lundy was the right defensive end.

And the rest, as they say, 'was history'. 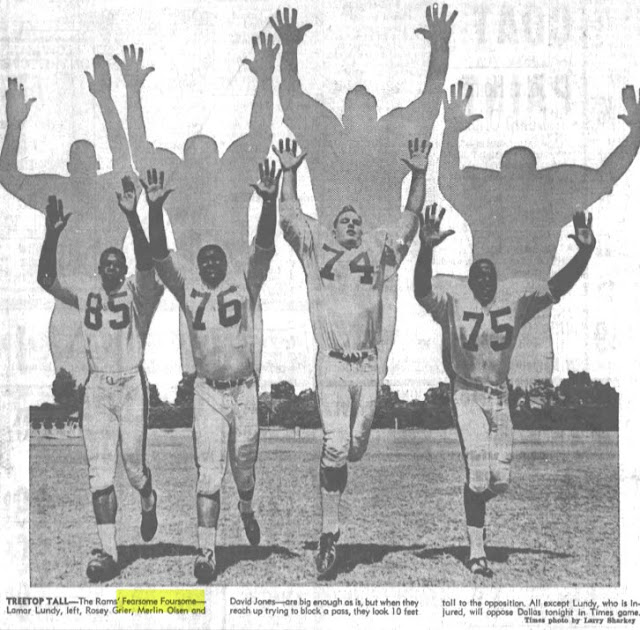 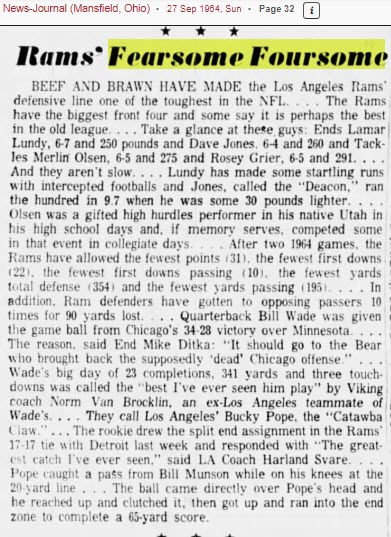 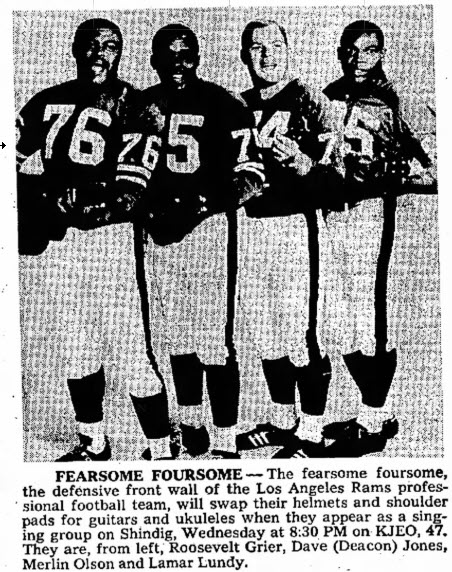 Later in 1964, even one paper in Philadelphia listed the Cowboys line of George Andrie, Bob Lilly, Jim Colvin, and Larry Stephens though it seems to be short-lived. The Cowboys line was quite good and got even better when Jethro Pugh joined the group but the nickname that caught the imagination of sportswriters and telecasters was "Doomsday". 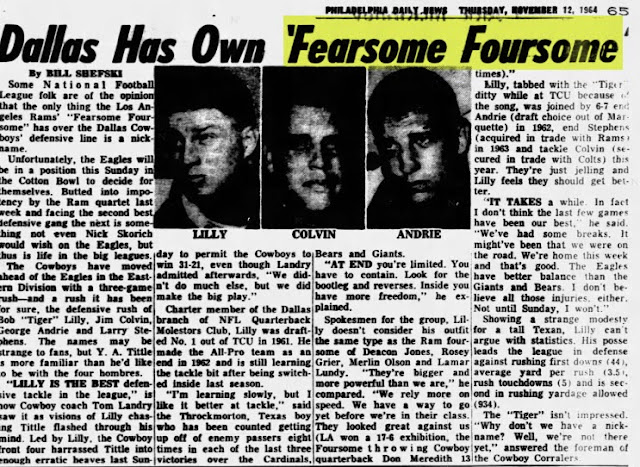 In 1974 the Associated Press posted on their wire an article calling the Rams new defensive line of Jack Youngblood, Olsen, Larry Brooks, and Fred Dryer the "new" Fearsome Foursome but it never caught on. Partially because the players themselves didn't like it, now wanting to "gravy train", if you will, on the success of the previous players. They said in various articles they wanted their own identity and eschewed nicknames as "corny". 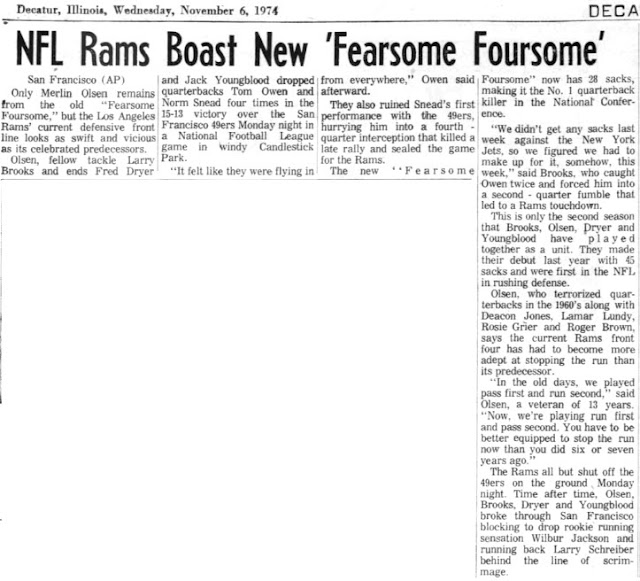 So, yes, the Rams line is THE Fearsome Foursome, they were not the first—just the best.
Posted by John Turney at 12:51 PM