LOOKING BACK
By John Turney
In the 1970s there were quite a few All-Pro guards and there was stiff competition for the All-Pro and Pro Bowl slots, and often Bob Kuechneberg was overlooked, though he did garner some post-season honors—Just not as many as Larry Little, Tom Mack, Joe DeLamielleure, Gene Upshaw and John Hannah (all Hall of Famers).

Still, many of those, namely Joe D and Hannah will say to this day that it was Bob Keuchenberg they patterned their styles after. The will cite his run blocking, trap blocking and pass protection as being ideal. "Kooch" kept his balance at all times and wouldn't lunge and "whiff" on a defender. He was a technically proficient guard and that will always be his legacy since he's yet to be voted to the Hall of Fame.

Kuechenberg passed away yesterday at age 71.

He also leaves a legacy of playing hurt, having stepped on the field with a broken arm and even with a fracture in his back. He also had quite a few other things for which he can be remembered

From 1970 through 1983 the Dolphins running backs averaged 4.29 yards per carry. That is Number 1 in the NFL for that 14-year period. In that same exact time frame, the Dolphins allowed the fewest number of sacks in the NFL (1.86 sacks allowed per game).

During that same period, the Dolphins had the best winning percentage in professional sports (70.3%) and went to four Super Bowls, winning two.

During that same period, Kuechenberg graded out in film sessions as #1 or #2 every year, according to Kooch.

Here are some more nuggets: 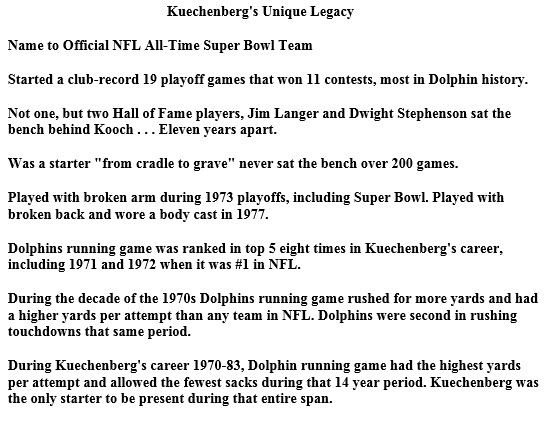 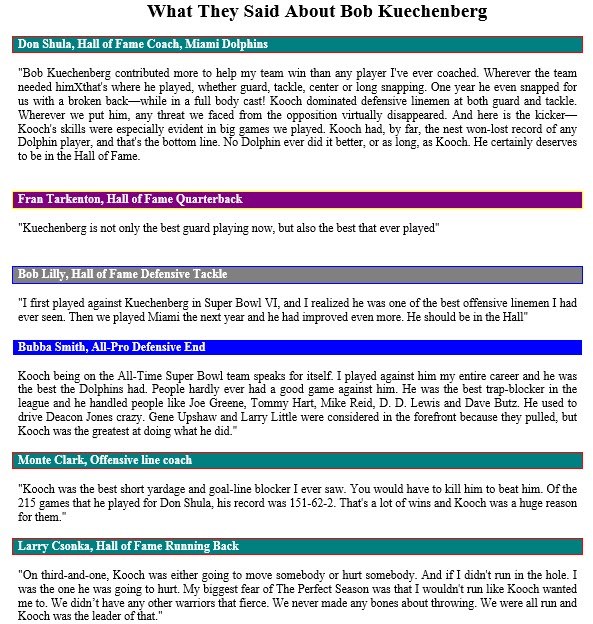 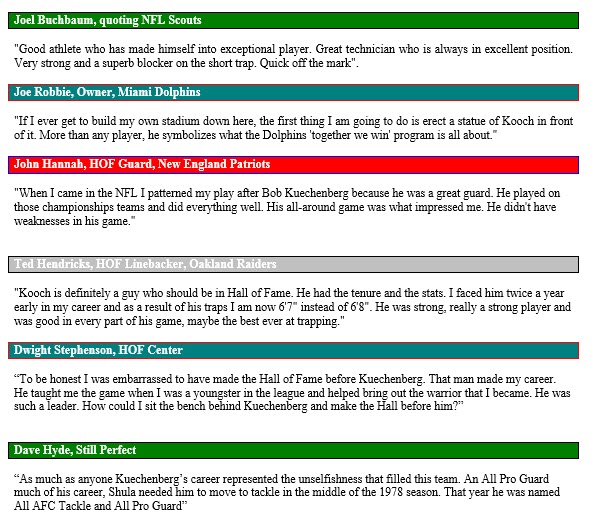