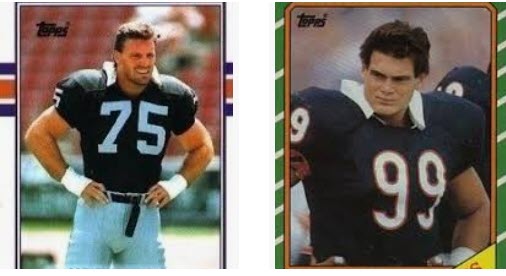 Two versatile defensive linemen who are in the Pro Football Hall of Fame—Dan Hampton and Howie Long, were similar in a lot of ways. They both were All-Pros and played all along the defensive line. Long could be seen at left end in a 3-4 defense and at right tackle in the nickel/dime scheme. He also would play over the center when the Raiders were playing their version of the 46. Long would also play right defensive end when Lyle Alzado was out or needed a break.

Hampton played left end and also right tackle and also was a nose tackle in the fame 46 defense and also played a bit at left tackle and right end.

Both Long and Hampton were not edge rushers who amassed big sack totals, their production was often hidden, drawing double-team blocks or drawing holding calls from the offensive linemen who held them.

Long and Hampton also were injured quite a bit. They missed enough games to look at how their teams did with them and when they were not playing and the results are interesting.

During Dan Hampton’s career, in the games he played the Bears allowed 104.0 yards rushing a game for 3.8 yards per rush and 0.6 rushing touchdowns per game.

In the games he missed they allowed 115.7 yards rushing a game for a 4.0 yards per carry average and 1.2 touchdowns rushing per game.

Clearly, you can see there was a "Hampton effect"—the team performed better when he was in the lineup.

Though not as dramatic, in games Howie Long played the Raiders allowed 110.2 yards rushing a game with a 3.7 yards per carry average. When he was out of the lineup they allowed 125.7 yards rushing per game for a 4.2 yard average per carry. 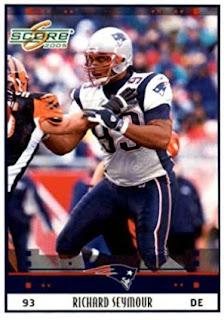 Interestingly, there is another player who also has some of those traits—the team did better when he was in the lineup and poorer when he was out. It’s Richard Seymour who is in the Final 15 for the Pro Football Hall of Fame for the first time this year.

When he played for the Patriots, when he was in the lineup, they allowed 113.5 rushing yards per game and a 4.0-yard average. When he was out with an injury the Patriots allowed 121.9 yards rushing and a 4.3 yards per carry average.

So, perhaps when voters examine the "Seymour effect" it will show that he was someone whose skills didn't always show up in the usually tackles and stats statistics.
Posted by John Turney at 4:26 PM