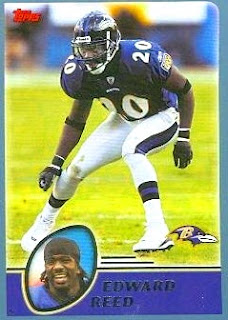 We cannot be sure if there will be any offensive linemen voted into the Hall of Fame this year, but we hope at least two will be. It's a lock that Ed Reed and Tony Gonzalez will get in. Champ Bailey, we put at about 75% chance, but Ty Law may bump him out for a year. Law's best years were better than Bailey's and his their "down years" were also better. He also had rings. 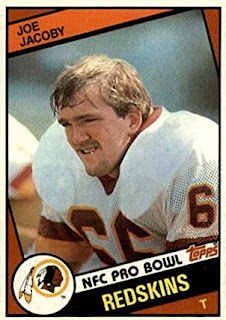 We think Tony Boselli has a 50-50 chance though we're sick that Joe Jacoby got knocked out in a "tackle death match" with Boselli. A false narrative went around that when Joe Jacoby moved from left tackle to right tackle it was his failure that caused it. False.

What happened, and anyone who wants to confirm this with Joe Gibbs they can, was the Redskins traded for Jim Lachey, a fine, fine left tackle. And they played him at right tackle because they had Jacoby was coming off what Joe Bugel called Jacoby's "best season" in 1987. So the Redskins went with Jacoby at left tackle and Lachey in an unfamiliar position on the right. And Lachey was okay, but not the star he had been on the left. In late mid-season, Jacoby suffered a groin injury and during that time Lachey moved to his natural left tackle position and was his usual stellar self.

So, when Jacoby has mended, the Redskins put Jacoby on the right, knowing he could handle it and Lachey couldn't, so for the sake of the team Jacoby set his ego aside and moved. The Lachey at left, Jacoby at right was stronger than the Jacoby at left and Lachey at right because Jacoby was able to play both well. 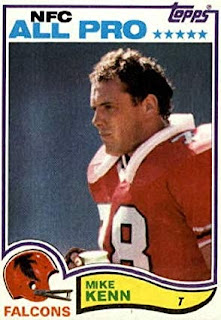 Also, it is a scandal that Mike Kenn never got a chance at the Final 15. All he did was START for 17 seasons and make First-team All-Pro in his 3rd season (1980) and in his 14th season (1991). And he was honored plenty of times in between. Both Jacoby and Kenn have cases that are stronger, due to longevity than Boselli and their "peaks" are just as high. Jacoby was a better run blocker and Kenn was a better pass blocker, Boselli would be second in both of those in a comparison of the three.

Still, Boselli is deserving of the "Gale Sayers" exception to longevity. What is that? It's if a player has a short career, i.e. fails the "sustained greatness test" due to injury, he should still get a fair shot. Dwight Stephenson and Terrell Davis are the two examples of that. 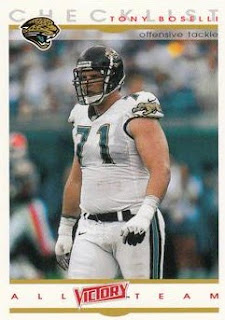 So, what about the interior linemen? All three are worthy, but how does one separate them? From the people, scouts, talent evaluators we talk two Steve Hutchinson gets the highest grades or the most "blue" seasons. And he passes the eye test the best. He was a powerful guard, with size and mobility. Not quite on the John Hannah level but close. They played a similar style and who knows if Hutch played when Hannah did he'd probably be seen as superior. Hutchinson played for three teams.

Alan Faneca would be next in our view. More of a technician type, though he had some good pop. Like Hutchinson he played for three teams so sometimes there is "extra support" in that.

Kevin Mawae may have the best chance of the three interior linemen based on politics. He also played for three teams, giving him three or more voters' support but he and Faneca in New York and there is extra cachet with that. He also has the least impressive resume in terms of "blue" seasons according to our sources.

Here is a quick look at their "honors": 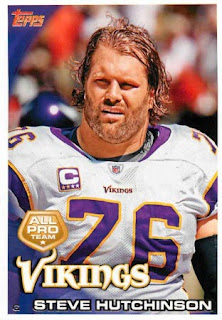 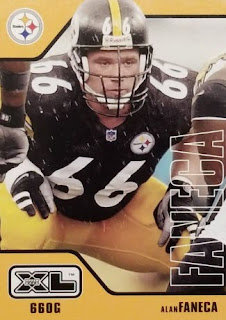 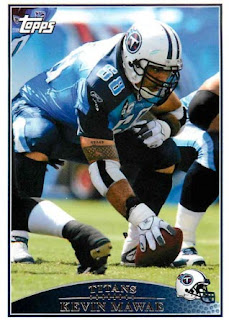 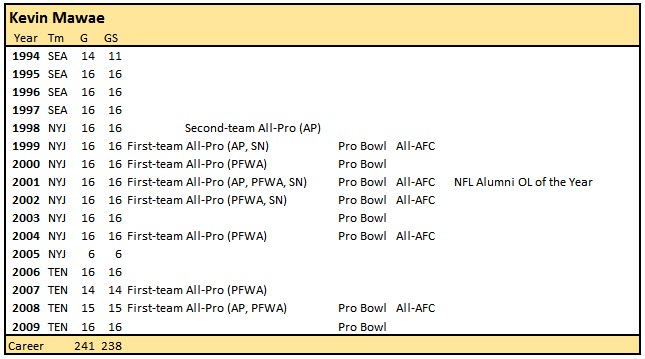 We predict that Pat Bowlen and Gil Brandt and Johnny Robinson, the senior nominee will waltz in the Hall of Fame this upcoming Saturday. Robinson should have gotten in forty years ago. He got caught up, in our view, in an AFL-NFL writer pissing contest that went on for years and it hurt many nominees Robinson among them.

We love Richard Seymour's game great run stuffer, great inside rusher but not big numbers and that will cause him to have to be discussed, but if anyone can get Bill Belichick to talk, he will have a ringing endorsement. He coveted Seymour from his college years and targeted him in the draft and he was a big part of those good Patriot defenses that were helping Brady win rings.

Isaac Bruce and Edgerrin James are the only two other skill players other than Gonzalez on the Final 15 this year—a rarity. We love them both. With Rams in the Super Bowl Ike may get a boost, but with at least two and maybe three first-balloters it will be tough for both. Both Bruce and James were "better than their numbers" types with Bruce being one of the best all-time route runners and James is on the short list of maybe five or six best pass blocking backs ever.

Steve Atwater who had a fine career and two "signature moments" with the Christian Okoye hit and his point-blank interception of Jay Schroeder his rookie year will be eliminated early with too many Broncos (Bailey and Bowlen) in the field to allow for three inductees along with the Ed Reed lock.

The same goes for John Lynch though not with the 'Bronco' tag. Ed Reed will suck up all the 'safety oxygen' in the room and it will stop him and Atwater cold.

The coaches are tough ones. Coryell an innovator/changed-the-game type but not a Super Bowl winner versus a two-time Super Bowl winner who no one can tell if he innovated anything and who didn't do well in his second act in Seattle, begging the question was he just a guy coaching great talent with the Raiders? We suspect one will make the final 10 and possibly take the slot of an interior lineman. But it would be a shame.

Who we would put in this year?
Bowlen
Brandt
Robinson
Reed
Gonzalez
Law (Bailey can wait a year)
Boselli
Hutchinson (Faneca and Mawae can wait and Hutch is best of the three)
Posted by John Turney at 3:39 PM