What the Hill? An AP All-Pro Team Oddity 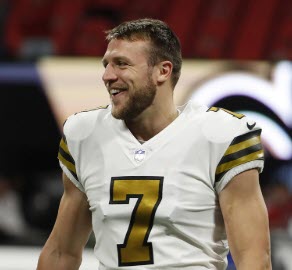 Peter King of NBC's Football Morning In America wrote his reasoning why he left Antonio Brown off of his All-Pro ballot and that led to some online acrimony, not much of it justified, but whatever, King can vote for whomever he chooses.

Yesterday he posted his ballot for the AP All-Pro team: As you can see he voted for Taysom Hill of the Saints, who we also picked as our special teams maven.

However, what we found odd is that Taysom Hill didn't get any votes for special teams, according to the AP release of January 4, 2019.

So, the obvious question is where did his Taysom Hill vote go? Was it omitted? Was it lumped in with Tyreek Hill's special team votes? If so, were there other votes that were meant for Taysom Hill tallied for Tyreek Hill?

We don't know but we do know Taysom Hill should have had at least one vote—Peter King's.

1/16/19 UPDATE: It turns out what we suspected was true, that the votes for Tyreek Hill were supposed to be for Taysom Hill. As per Pro Football Talk the response of the AP was as follows, "(A) “clerical mistake” made by the Associated Press after the ballots were submitted."