Eyes to the Future after Hideous Loss at Lambeau 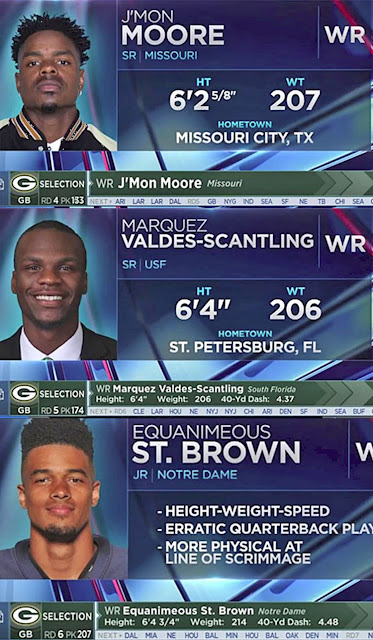 If ever there was a time to usher out the old and embrace the new, this is it. An entire offseason will be required to remove the odor lingering at Lambeau Field.

blew out the Packers 31-0 Sunday in the season finale for both teams. In a game meaningless to all but the two combatants, the Lions came to play.

The Lions collected 25 first downs. The Packers came away with nine.

If you enjoyed football in the 1970s – or the late 1940s for that matter – this latest abomination delivered in spades.

Where to start with the ineptitude? How much time do we have?

The Packers ended their first seven possessions with a punt. They ran zero plays in the red zone.

’s defense transformed Zach Zenner (21 carries; 93 rushing yards) into the second coming of Jim Brown. Its special teams turned Matt Prater into the highest-rated passer on the field (139.9) when it declined to cover Levine Toilolo on fourth down and the placekicker connected with the tight end for an 8-yard score.

Disgraceful, unprepared and pathetic describe the dismal performance. The 31-point kicking was the worse regular-season-ending loss for the team since being blasted 55-24 by the Giants in 1986.

Where to turn for a silver lining?

The answer might lie with ’s receiving corps. A group of first-year players has been putting up numbers not seen in 30 years.

Every year, the Packers’ roster undergoes change. Some additions pan out. Others don’t.

Five who appear to fall into that first camp have been busy catching passes from Aaron Rodgers this season. One more joined the group Sunday after DeShone Kizer turned to him in the fourth quarter.

Kizer did most of ’s passing. Rodgers departed with a concussion in the first quarter.

Receivers J’Mon Moore (No. 133 overall), Marquez Valdes-Scantling (No. 174) and Equanimeous St. Brown (No. 207) are rookies drafted by the Packers in April. Tight end Robert Tonyan and receiver Jake Kumerow, both first-year players, spent time elsewhere before being signed as free agents in the offseason.

Allen Lazard, a member of the Jaguars’ practice squad, is another first-year receiver. He was signed to the Packers active roster on Dec. 18.

With All-Pro receiver Davante Adams (knee) out, the Packers relied heavily on first-year receivers against the Lions. Missing from that young group was St. Brown (concussion) who was also inactive.

Together the five caught nine passes for 81 yards. Not a particularly imposing total, but it accounted for roughly half of the Packers’ 19 completions for 158 yards.

had five first downs by passing. Valdes-Scantling earned three and Kumerow one.

The play of these youngsters wasn’t perfect. Valdes-Scantling had a drop late in the third quarter. Tonyan dropped a fourth-down throw two plays later.

This is the seventh season in which the Packers got 1,000 or more receiving yards from first-year players.
Valdes-Scantling, St. Brown, Kumerow, Tonyan, and Lazard will not all make the Packers’ roster in 2019. But knowing this talent is at the team’s disposal provides a glimmer of hope for the upcoming season.

A Grand Entrance
The seven seasons in which first-year receivers accounted for 1,000 or more receiving yards.

pro-football-reference.com was a source for some of these numbers

A Personal Note
This has been the 25th season in which I have written a By-the-Numbers column about the Packers: 23 years with the Green Bay Press-Gazette (1994-2016) and the last two at Pro Football Journal.

I thank John Turney for the opportunity to post these past two seasons. Pro Football Journal offers content not found anywhere else. It should be obvious to anyone reading that folks like John, Chris Willis, Jeff Miller, Nick Webster, Coach T.J. Troup, and others love the game, love research and enjoy sharing what they have learned.

The Packers season is over, so I bow out for now. I hope and expect to be back in the fall with more columns.