Rams Won Fair and Square But it WAS Defensive Pass Interference 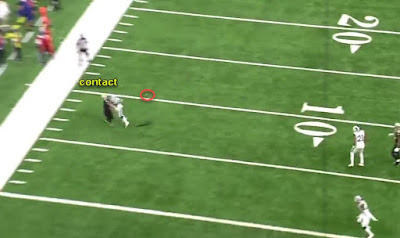 Twitter is fun and entertaining. Today, we saw someone from the Los Angeles Media try and soften the controversy of the non-call on Nickell Robey-Colemen by showing an angle that perhaps showed that the ball was past the receiver and therefore (we suppose) no pass interference.

Well, come on. It was DPI and there is no question about it. here are some stills from the All-22. They show it was a quick snap by the Saints and that the Rams underneath coverage was not in position and there was confusion on the defense at the snap. Robey-Coleman was on the wrong side of the formation to cover the running back out of the backfield. He was beaten from the snap. We don't know for sure if he had the flat or if he was to take the #3 strong receiver, either way, he had Tommylee Lewis, a wide receiver who was lined up in the backfield. Perhaps the impetus of the confusion since running back Alvin Kamara was lined up as the #1 receiver to the weak side.

The Rams had just a split second to decide who had who if it was man coverage underneath (it was Cover-3 deep) and it was just the advantage the Saints needed. Lewis ran a wheel route out of the backfield and because of the presnap confusion on the Rams he was wide open on his route. Brees saw it and possibly feather the ball a hair too much giving time for Robey-Coleman to get there fill tilt.

Kamara (#1 weak)  was also open in the left flat. Michael Thomas (#2 strong) was double covered in the short hook/curl area. Tre'Quan Smith (#2 weak) runs a seam route and flahes open, but it's a tough throw. Tight end Dan Arnold also runs a seam but is covered. The most open is Lewis. To hit Kamara Brees would have had to reload, as it were and throw to his left and his protection, while good, may have broken down. Lewis looked to be open for a touchdown and Brees threw it there—the best option.

It was suggested that if Robey-Coleman had played the ball he could have picked it off. Well, only in a world where he was actually playing the ball. In this reality, he was hell-bent on preventing a touchdown and hitting the receiver and that he did. 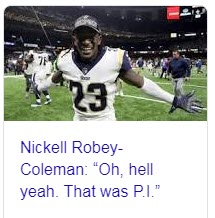 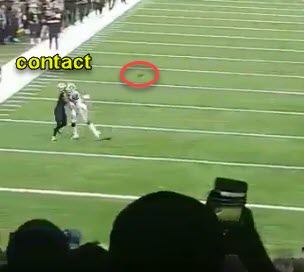 You cannot blame him. He knew he was badly beaten and he wanted to keep from giving up the touchdown, so the smart play is pass interference. Anything is better than giving up a touchdown. So, when he gets up, he is expecting a flag, but none comes. He says an official gave him the "tipped ball" signal. The line judge tells the back judge (can be seen on video) that it was a "bang-bang" play after he signaled 'incomplete'.

Here is the sequence: 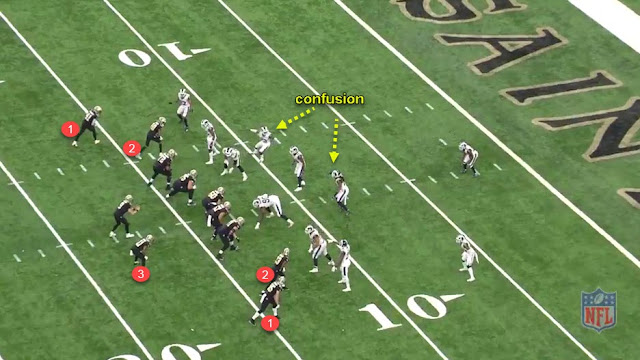 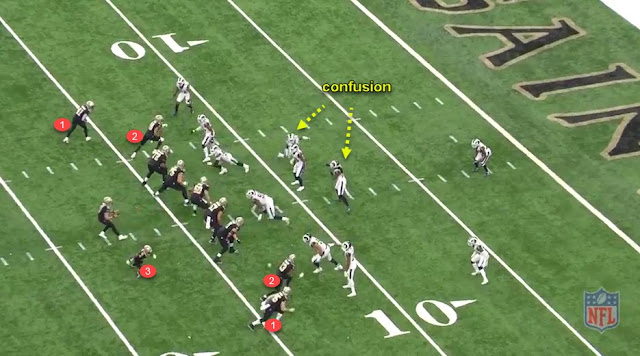 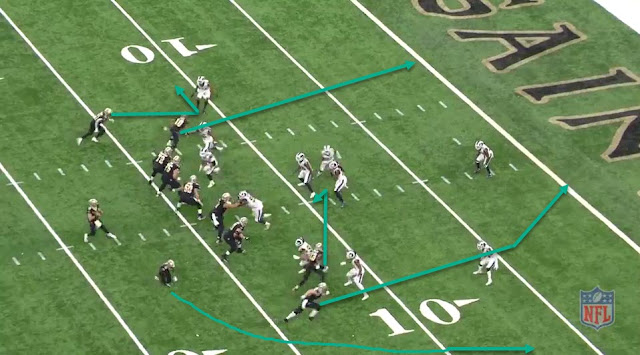 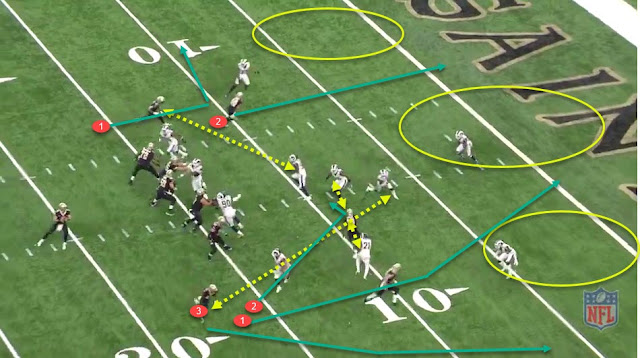 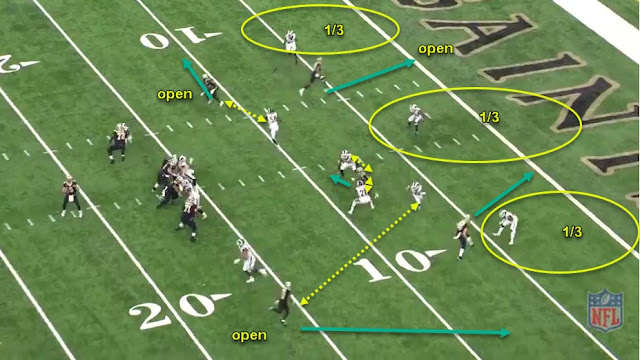 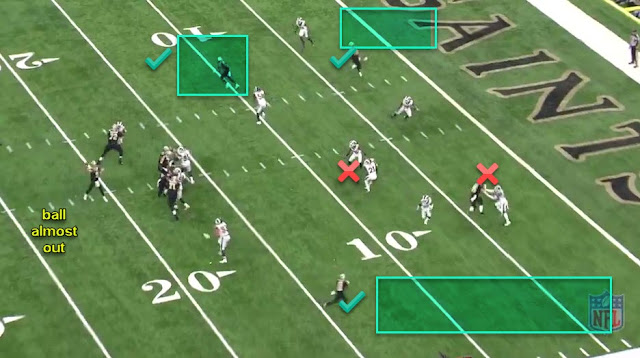 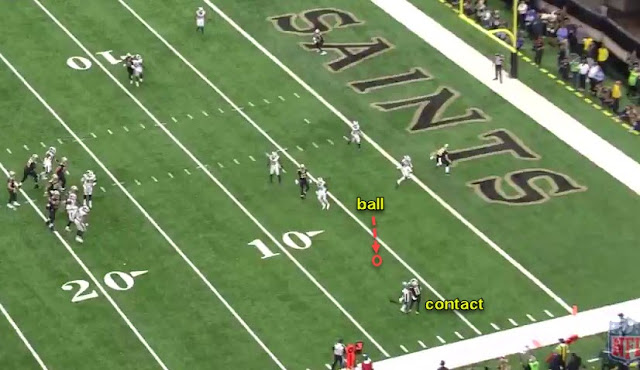 So, it was a bad no call. And the Rams will have to live with it for a couple of weeks, but it will not take anything away from their season, especially if they beat the Patriots.

It will be a topic for discussion for a couple of weeks, but that's life.

Andrew Whitworth said he's already tired of the discussion but that's too bad. He gets to be proud of his win and that they won it fair and square, but he also doesn't get to dictate the public discussion on the matter, either. When a player runs 25 yards with the sole intent of committing defensive pass interference and doesn't get called for it, it's a story whether Whitworth or Rams fans like it or not.

As we've said, mistakes happen and Rams won the game fair and square. Both things an be true at the same time. It's not a binary proposition.
Posted by John Turney at 8:35 PM