By TJ Troup
There will be stories online today concerning the birthday of Rams head coach Sean McVay. Recently we have all read that teams are looking for the next Sean McVay? There have been men who got an opportunity to lead teams at a young age; some of course succeeded, and some of course failed. 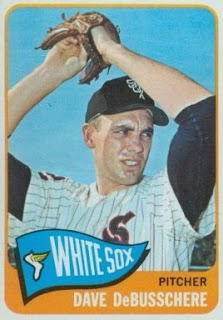 I was able to watch Dave DeBusschere pitch for the White Sox in the early '60's, but no one when he was on the mound in Comiskey ever dreamed he would be an NBA head coach at the age of 24 in 1964? His coaching career lasted 222 games (79-143), and by the late '60's he was part of a cohesive New York Knicks team as a player.

At the age of 27 Milan Creighton became the head coach of the Chicago Cardinals football team, and held the job for four years.

During the 1976 NFL season John McVay took over for Bill Arnsparger as the Giants head football coach. Late in the year McVay's Giants beat the Lions 24-10. An assistant coach for that Lions team was 24-year old Bill Belichick. Though McVay did not last long with New York; he was a vital resource for Bill Walsh building the 49ers into a Super Bowl team.

No doubt grandpa John influenced his grandson about what it takes to win in the NFL. So, on Super Bowl Sunday Bill Belichick will look across the field in Atlanta and see what he learned so long ago-—age is just a number if you know what it takes to win, and how to go about it. To hopefully whet your appetite this coming Sunday will be the first of 10 essays for the decade of the '50's. You will be able to for the first time anywhere to read who was defensive player of the week for the 1950 season.
Posted by TJ Troup at 3:44 AM