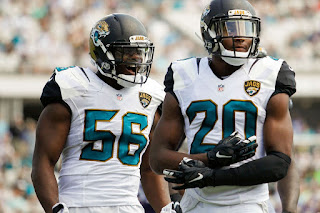 Was honored to have Steve Sabol write the foreword in my first book. He stated that I was able to tell stories using stats. Still attempting to do that, yet sometimes the numbers don't come out the way that I expected them to. Example you ask? Last year before championship Sunday my column stated that the team that scored the first touchdown wins 78% of the time. Then both the Vikings and Jaguars scored the first touchdown and lost.

Still, a win percentage that high is still a key factor. Let's see if the stat holds true this coming Sunday. There are folks who make predictions, and attempt to analyze the games each week—and a few of them actually know what they are talking about. This column is not about predictions, yet there are times when I feel strongly about which team will play well and win. Sent a number of emails last week stating emphatically that the Los Angeles Rams would be more physical and run the ball well against an over rated front seven of Dallas.

That said, for a moment let us review the games of last weekend overall, and define what aspect is most important to advance in the play-offs. The New Orleans Saints offense moved the chains to record 25 first downs last Sunday, and the 25 is the least amount of first downs by any of the winning teams. Kansas City had 29, while the Patriots and Rams had 30. The winning teams last weekend combined to gain 745 yards rushing, while the losers gained just 205. So, running is key to victory? No, no, and no. Moving the chains is key to victory.

We all know it is a passing league, and the four winning quarterbacks last Sunday are all viewed as top-notch; possibly great. Having coached for much of my life can tell you that a balanced offense that DICTATES to the defense is a key to victory. The final component is one that everyone talks about yet is almost impossible to predict; TURNOVERS. Drew Brees turned the ball over first play of the game, and the Saints did not turn it over again the rest of the game. The Chiefs turned the ball over once also, but again the Rams & Patriots stand at the head of the class—NO TURNOVERS. For those of us who having no "rooting" interest we want to see quality competitive football on championship Sunday, and hopefully we will get it. 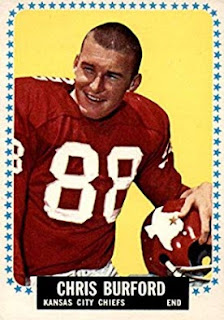 There will be lots of analysis of the teams during the week, yet for me the history is still most interesting. After the merger the Chiefs played the Patriots just three times during the decade of the '70's and just once in the '80's. These two teams have never really had a rivalry, yet one game between the two still stands out to me, and if you can see the footage of this game you will understand why. Friday night November the 3rd, 1961 the Dallas Texans are at Nickerson Field to play the Boston Patriots. Boston wins with a goal-line stand when a fan dashes into the end zone to help "break up" a Texan pass play. Rest assured that won't happen Sunday evening against the Chiefs.
The merger brought about the alignment of what teams were to be placed in what division. Rozelle and his staff did an admirable job with the exception of the NFC West. San Francisco and Los Angeles; a no brainer, got to have them together, but placing Atlanta and New Orleans in the west always struck me as strange. So, the Rams played the Saints twice a year for a many years, and though there were a few memorable games, only ONCE have they met in the post season. Faulk and Bruce shined as receivers that day for the St. Louis Rams, but New Orleans led late. The Saints punt, and Az-Zahir-Hakim muffs the ball, and the Saints take possession with less than two minutes left. We all have thoughts on what is most important, and would relish hearing from all of you. What is the number one factor in the games this Sunday? Rushing? Passing? Sacks? Turnovers? Or a fan dashing into the end zone to break up a pass play?
Posted by TJ Troup at 9:08 AM