“Ask me who started in the last Super Bowl (1986) and I wouldn’t know. But, I could recite from memory the lineup of the 1920 Decatur Staleys,” said Bob Carroll to the Pittsburgh Press in 1986.

On this day back in 2009 I heard the news that Bob Carroll had passed away. I can’t believe it has been twelve years since he’s been gone.

Back in 1993 I was just a college senior back in Ohio trying to figure out my next move in my career path. I was a big football history buff and loved reading anything I could about the history of the sport I loved. At this time, I came across an organization that gave me a big break in my football writing, as well as being introduced to the foremost football historian in the country- Bob Carroll.

That year I joined the Professional Football Researchers Association (PFRA) and as a member I received their publication called the Coffin Corner. It was a twenty-four page “magazine” that included articles about the history of the game. I was fascinated by reading it. Soon, I got the urge to write an article that I thought would be ideal for the magazine. Since I lived just two hours away from Canton, Ohio I had attended several Hall of Fame Induction weekends nicknamed “Football’s Greatest Weekend.”

Seeing the Hall of Famers and how the city of Canton always rolled out the red carpet for the former legends of the game inspired me to write an article on the first-ever class of inducted players in 1963. Titled, The Pro Football Hall of Fame: The Beginning, I sent my article to Bob at the Coffin Corner. I was pretty much a first-time author (had only written for Bob Swick’s Football Times a few months earlier) so I was expecting a rejection. Instead, I got a letter back from Bob Carroll. He was going to publish my article! I was stunned.

Not only did the article appear in the Coffin Corner it was accompanied by Bob’s drawings of the Hall of Fame’s first class. It was an honor to see his artwork with my short article. But in the end, it shouldn’t have been a surprise.

Over the next fifteen years Bob always was generous with his time and expertise with any writing or film project I had going on. He was a giant in the world of football research, but was always willing to help anybody who asked. I was able to meet Bob twice back in 1997-1998. At this time he wasn’t too keen on traveling anywhere, except the Pro Football Hall of Fame, his favorite spot. Those two years the Hall of Fame in conjunction with the Stark State College of Technology put on a symposium called Pro Football in American Life. I was one of many scholars and historians who presented papers. Bob made the trek from Western Pennsylvania to attend both years. It was great talking to him and leaning more about the history of pro football.

In the 1970s the school teacher living in Western Pennsylvania began his love affair with pro football history. Spending numerous hours going through newspapers and microfilm Carroll begun to chronicle, and even correct, pro football history. This was not just a hobby, it was a passion. “When I started researching pro football 35 years ago, there was very little information available,” said Bob Carroll to the Pittsburgh Press in 1986. “For the first twenty-five years, I thought I was the only one who gave a darn.”

On June 22, 1979 Bob Carroll gathered five other football researchers and writers in Canton, Ohio to form the Professional Football Researchers Association. Earlier that year he edited the organization’s official newsletter/magazine The Coffin Corner. For the next thirty years he devoted most of his life in operating the PFRA.

For three decades he edited The Coffin Corner, as well as authoring over 200 articles for the newsletter/magazine and PFRA Annuals. He also authored many books. 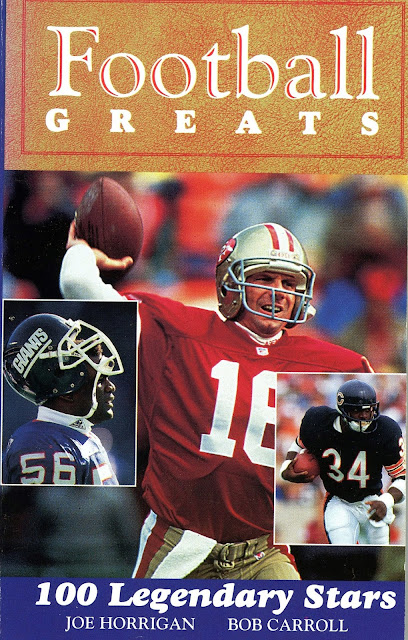 Most football historians cherish the volume he wrote with Pete Palmer and John Thorn, The Hidden Game of Football. In this day of analytics this book was well ahead of its times with looking at statistical numbers in a different way. It’s still relevant today. But my favorite Bob Carroll book is When the Grass Was Real. Like NFL Films, When the Grass Was Real, is a look back at pro football in the 1960s with a storyteller’s touch. Carroll does an outstanding job of transporting you back to the Sensational Sixties telling you of an era that he called “pro football’s greatest decade.” 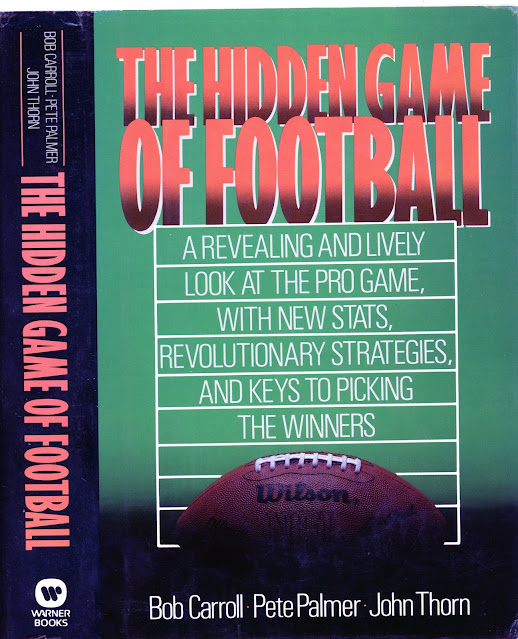 In addition to working on The Coffin Corner Carroll was also an accomplished artist. Almost every issue of the PFRA’s newsletter/magazine would be accompanied by a drawing from him. Over 1,000 drawings were stored in his personal library. His artwork appeared in many books and articles as well as in Pro Football Weekly.  In 1994 Carroll appeared in the NFL Films documentary “75 Seasons” a two-hour film about the NFL’s first seventy-five years that aired that fall on TNT.

But probably his ultimate accomplishment was being the lead editor of Total Football: The Official Encyclopedia of the National Football League. A labor of love that turned into 1,652 pages of the NFL’s official history. No sportswriter, researcher, librarian, author, historian or football fan can be without Total Football. 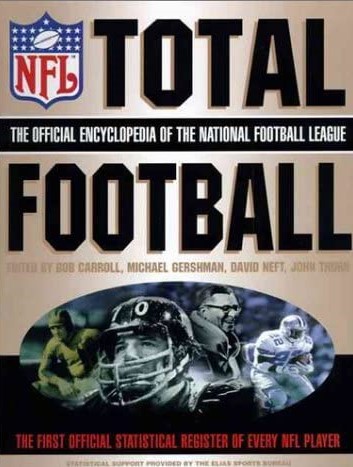 In Volume 31, Number 4 of The Coffin Corner the last article with the name Bob Carroll attached to it was published. Titled “The Packers Crash Through: 1929” it was a summary of the 1929 NFL season.

On August 25, 2009 Bob Carroll passed away at the age of 73. In the first Coffin Corner after his passing the editors dedicated the whole issue to its founding father. Every so often I think of the man who helped my career over twenty-five years ago by publishing my article on the Pro Football Hall of Fame. I will always remember him in the best of light. 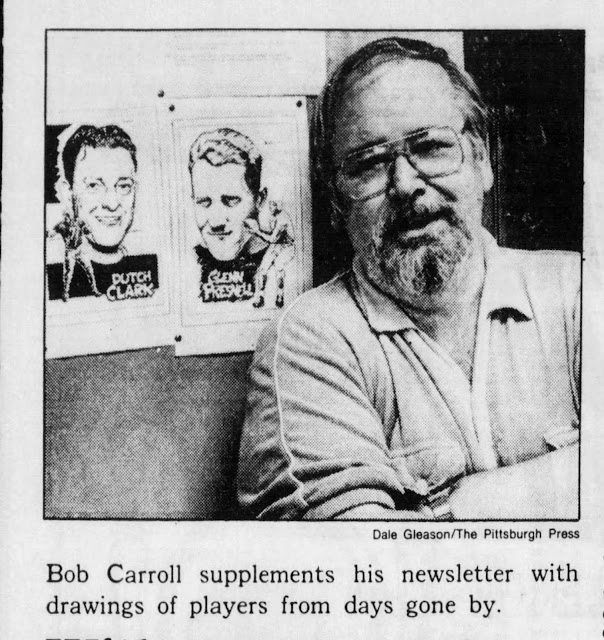 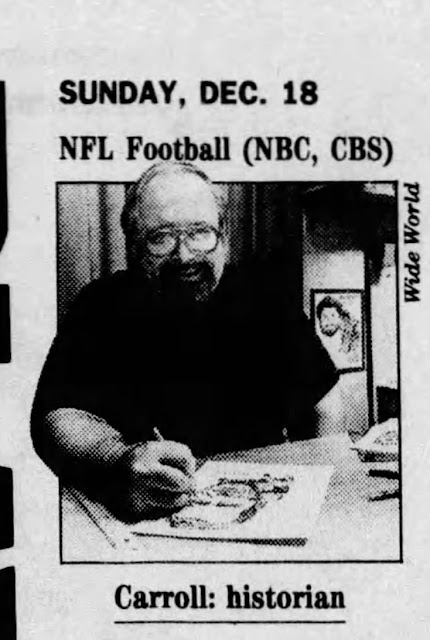